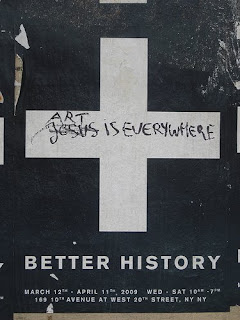 The death of Farrah Fawcett was unfortunate enough. I was a fan of “Charlie’s Angels” in the ‘70s and used to beg to stay up and watch it; I was surprised to learn that Farrah had only been on the show for one season, because her presence seemed so integral to its success. She was a huge force in the life of any adolescent male at that time -- even a gay one whose responses were based more on affinity than objectification.

I just rented “The Burning Bed” about a month ago -- Farrah did indeed turn in a respectable performance in that movie. And yesterday I posted her death on my Facebook page, feeling the natural need to participate in spreading the news and mourning.

But then came the wholly unexpected news of the death of Michael Jackson, about whom I feel much more ambivalent. Even at the height of his fame, I was never much of a fan. I never owned “Thriller.” I never felt much connection to him, certainly not in his later years when his life became more and more bizarre. I don’t have a single Michael Jackson song on my iPod.

He's long seemed more pathetic than anything -- lonely, disfigured, perhaps mentally ill. His death spares him, and us, the spectacle of a career spiraling ever-downward. I don’t want to say it came at a good time, but sometimes it’s best to just stop. I think Michael Jackson was at that point, if not beyond it.

I went with Dave last night to hear the New York Philharmonic perform Mahler’s “Symphony of a Thousand” at Avery Fisher Hall. It was a beautiful, resonant performance. Dave, who is generally not a pop music fan, pointed out the disconnect in hearing Mahler on the same night the rest of the world’s ears were tuned to Michael Jackson.

A friend who plays in the Opera House orchestra gave me a comp ticket to see the Royal Ballet at the Kennedy Center last night. A woman on the elevator blurted out the news about Michael Jackson's death and added, "I wasn't a fan of his, but I just had to tell someone." That about sums it up I thought. I settled in to watch Massenet's Manon with not another thought of the bizarre ghostly figure that was more haunting than entertaining, at least for me.

To be honest, if there wasn't talk of both of these entertainers on blogs today, I wouldn't have singled out their deaths from the millions of others occuring on a daily basis. That's the power of being famous for whatever reason it may be.

Now Mahler, that's something else. His 8th is beautiful but my favorite is probably the 5th.What I like most of his? Das Lied von der Erde - The Song of the Earth cycle. I'd listen to that over Thriller, any day.

best to you in New York.

As I posted, I'm not a fan of either. Farah seemed harmless enough, Jackson was a monster in my opinion.

Hey Doll, good to see you and happy you liked my sky watch photo. Yes, I had the song in my head when I was out in the field behind my house at 5:30 this morning ... I had not thought of it in a long time but it was a great backdrop to my escapade in thinking of my sister Wendy. Have a great weekend. The Farrah Fawcett documentary is on tonight again ... if you didn't see it last month it's a very deep perspective ... so sad. xoxo.