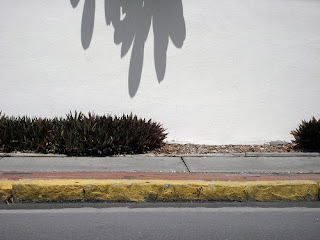 Last night I went to see a screening of “Man on Wire,” a documentary about Philippe Petit and his daring, unauthorized 1974 tightrope performance between the twin towers of the World Trade Center. Afterwards, Dick Cavett interviewed Petit and the film’s director, James Marsh, on stage.

As unbelievable as it sounds, Petit managed to sneak into the World Trade Center with a crew of accomplices, rig a cable that stretched across the two buildings at the roofline (1350 feet in the air!) and walk across it not once, but several times. He didn’t just walk it, he performed on it, kneeling and lying down.

I was surprised at how moving Petit’s performance, and Marsh’s film, were. I expected a mischievous movie about a daring stunt, but there was also an exceptional beauty in Petit’s goal and its achievement. It was a kind of performance art that blew apart people’s notions of fear and possibility.

When Petit spoke afterwards, he said he never “tries” to do anything. He just does. You’ve got to admire that kind of certainty and direction!