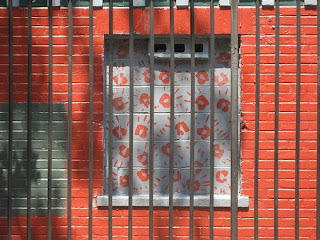 Have you ever heard of a book called “Sophie’s World”? It was an incredibly popular novel in Europe in the 1990s, and while I was in South Africa back then I picked up a copy. Its plot is built around the teachings of the great Western philosophers, so that while you’re reading about the characters you’re also learning about Kant and Hegel and Kierkegaard.

I found it an incredibly BORING book. I got about 1/3 through it and stopped. And that’s very rare for me -- once I start reading a book, I almost never give up.

The problem, I think, is that I just don’t get philosophy. At the risk of sounding shallow, I think it’s possible to think too much about things. To try to identify rules that order our lives and the universe, or our reason for being, is an exercise in futility. (As I tell my friends, I am not a “big question” person.)

After all, who says there are any rules at all? Who says there’s a reason for life or our existence? All those discussions involve human constructs that have very little to do with what’s actually happening around us.

Maybe if I’d studied philosophy in school I wouldn’t feel this way. I’d have some foundation for comparing the various schools of thought. As it stands now, philosophy just annoys me. If I met Nietzsche in the street, I would say, “Oh, get over yourself already! Go to the beach! Pet your cat!”

This is one reason Zen appeals to me. It’s not about talking or arguing or trying to work things out. It’s just about being present to what is. In fact, in Zen, you want to release your ideas about existence and self, recognizing that they’re only ideas. To do this, you sit. You let all the thoughts come and go, and see that they’re only thoughts. The wisest thing you can say in Zen is, “I don’t know.”

(Which, of course, is a philosophy all its own, I suppose!)