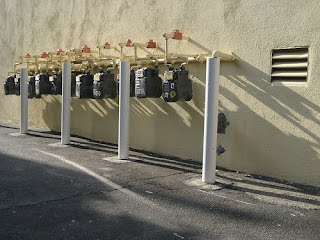 I’ve been thinking about the parade I saw Sunday. Some of my commenters said they weren’t too crazy about parades, and I’m not crazy about them either -- in fact, the only one I ever regularly attend is the Pride Parade, though New York has a parade practically every week in the spring.

I suppose one or two hundred years ago it was kind of exciting to see the military march by, with all their cannons in tow, accompanied by a big brassy marching band. For people who weren’t overstimulated by a constant stream of media and digital “infotainment,” a parade would have been quite a spectacle.

Nowadays, it seems to me, we’re better served by retreating from loud, lengthy productions. Quiet is what we need. Hence, our societal appreciation of the parade has dwindled.

And as long as we’re talking about subjects of previous posts, I was also thinking about my “flow” post from Saturday. I think I may have ironically left the impression that I’m somewhat rigid in my insistence on flow. So let me step back a degree or two from what I may have seemed to say -- for example, I do not number my clothes and rotate them in precise order. I just try to wear everything regularly.

I’m a little insane about being organized, but I’m not that insane.

(I do think I’d be an excellent personal organizer, though. I always figure if I get the ax from my current job, that’s what I’ll do!)