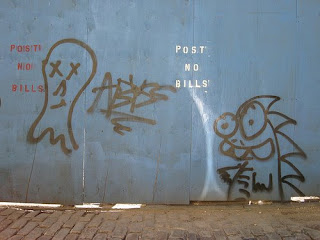 I’ve been thinking about the “Craigslist Killer,” that once-promising young medical student in Boston who stands accused of killing one woman and robbing others he met on areas of Craigslist reserved for seeking sexual favors.

The story is fascinating because it runs counter to all our expectations. Here’s a good-looking guy with an attractive fiancee and a bright future, and what appears to be a typically middle-class American background. He didn’t seem to lack anything. And yet ultimately, if the charges are true, he lacked something very basic at his core.

There have been continuing revelations about his online sexcapades. The primary motive in the crimes may have been robbery, but certainly there was some sexual activity, given his alleged proclivity for keeping the victims’ underwear. To me, the episode is a lesson in how supremely creepy things can get when desire becomes detached from humanity -- when the desirer entirely objectifies others and ceases to think of them as individuals, as humans.

A couple of years ago Greg Kinnear starred in a screen biopic of Bob Crane, the actor best known as Hogan in “Hogan’s Heroes.” In the movie, Crane started out in the early 1960s as a family man with a mischievous interest in sexual adventure -- light pornography and that sort of thing. By the end of the film, the guy was utterly consumed by porn and swinging, to the point that he couldn’t behave properly in public. His sensibilities had become so skewed that he was incapable of everyday interaction. And indeed, he was killed by someone he met through these dark sexual adventures.

I think that’s what happened to the Craigslist guy. He lost his moorings. Why it happens to some people and not others, I can only guess -- I suspect it has something to do with lacking a strong sense of identity. If indeed he is guilty, perhaps that's what’s missing at his core.

(Photo: Ghosts and monsters in the Financial District, April 2009)
Posted by Steve Reed at 12:32 PM