God is Not Great 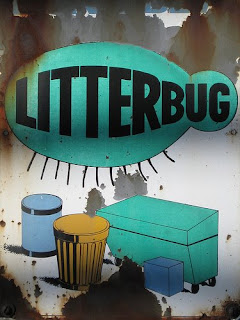 I’ve been reading Christopher Hitchens’ book “God is Not Great” for the last several weeks (or more accurately, often NOT reading it, since I’ve been incredibly busy and have been able to spend less time with it than I would like). Hitchens argues that religion has poisoned our societies and that we should turn toward reason and allow faith to expire.

I wouldn’t say that I come from a deeply religious background, and I agree that reason should be the foundation of our modern societies -- the place where all of us interact and share ideas, perspectives and scientific knowledge.

However, I think Hitchens makes two major mistakes in this book.

The first is that he chooses the most extreme examples of religious behavior and uses them to represent the whole. The militant Buddhists in Sri Lanka, for example, are hardly representative of the world’s millions of non-violent Buddhists -- just as Jerry Falwell and his ilk are not representative of the bulk of the world’s Christians, and the Taliban doesn’t represent most Muslims. Moderates in any of those religions may feel some kinship with their extreme wings, but they likely disagree with extremist tactics and extremist philosophy.

Second, Hitchens argues that we should embrace hard science and jettison faith in considering our view of the world and the universe. He picks apart the Bible as a flawed document written and rewritten by mortals, and says:

“Though I dislike to differ with such a great man, Voltaire was simply ludicrous when he said that if God did not exist it would be necessary to invent him. The human invention of God is the problem to begin with. Our evolution has been examined ‘backward,’ with life temporarily outpacing extinction, and knowledge now at last capable of reviewing and explaining ignorance. Religion, it is true, still possesses the huge if cumbersome and unwieldy advantage of having come ‘first.’ But as Sam Harris states rather pointedly in ‘The End of Faith,’ if we lost all our hard-won knowledge and all our archives, and all our ethics and morals, in some Marquez-like fit of collective amnesia, and had to reconstruct everything essential from scratch, it is difficult to imagine at what point we would need to remind or reassure ourselves that Jesus was born of a virgin.”

I think this ignores a deep-seated visceral need that many people have for spirituality. It’s the way they process wonder at the world and its intricacy, and at the mysteries of life and death. My own Buddhist practice (moribund as it is at the moment) answers something in me that science does not.

I do agree that our public policy decisions should be made with respect for science and with an eye toward common benefit for people of all religions -- that’s where the world, including our own country, has continually fallen short. Extremism, and its accompanying we’re-right-and-you’re-evil philosophies, is clearly a menace. But we shouldn’t demonize all of religion for the sake of a few lunatics, and we should recognize that it brings us as much beauty as despair.

(Photo: Old sign outside an industrial site in Brooklyn, February 2009)
Posted by Steve Reed at 11:56 AM