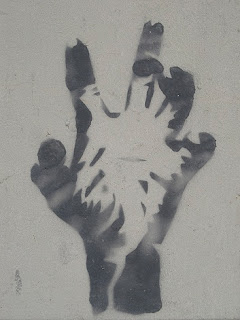 I went to the Zendo last night for a reading by novelist Rick Moody, who is perhaps best known for writing “The Ice Storm.” He read a new short story and a “collage poem,” in which he takes snippets of text from other writings by or about a subject and puts them together to create poetry. I was intrigued by the technique, though he said it takes immense amounts of reading to find the right components for the new poem.

It was great to meet him and hear more of his work. Ang Lee made a movie version of “The Ice Storm” that’s one of my favorite films ever, partly because I identify with the subject -- growing up in a home with marital discord in the early 1970s. (Plus it has a terrific cast: Kevin Kline, Joan Allen, Tobey Maguire, Christina Ricci, Elijah Wood and Sigourney Weaver.)

Last night, I dreamed that my mother wrote a book. It was a fat paperback about her life, illustrated with photos of places she’d been, family members and trips she’d taken. I remember part of it was about the friends and neighbors of my grandparents. In the dream it seemed entirely plausible that she would do such a thing, even though in real life Mom is not one to expound on any subject when writing. When I was in the Peace Corps, I'd get letters from her that were no more than a few sentences long -- and she almost never takes photos. I think Rick Moody must have influenced my dreams!