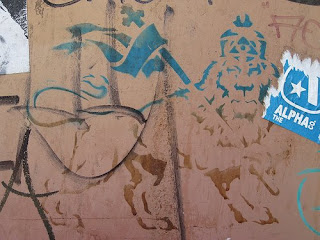 I’ve loved “Star Trek” ever since I was a little kid. I’m part of the generation that never saw the show in its original, prime-time slot, but grew up watching it every afternoon after school, when it was shown in syndication on local UHF channels. (Channel 44 out of Tampa, in my case.) I got to know every character and every episode.

Much has been written about how progressive the shows were, emphasizing a tolerant approach to different cultures and species and empathy for other beings. Gene Roddenberry gave the show a remarkably diverse cast, looking forward to the day when people looked beyond skin color and nationality.

In high school, some of my friends even wrote “Star Trek” fan fiction, making up their own stories about the Enterprise and its crew. Yet I don’t think I’m really a Trekkie. I wouldn’t be into attending a fan convention or gathering, and I don’t know all the minutiae that some serious fans do.

My interest pertains only to the original series. I have never followed any of the newer versions of the TV show, and I’ve only seen some of the movies. For me, part of the charm and effectiveness of “Star Trek” comes from its ‘60s sensibility, with the go-go-booted uniforms and women wearing impossible space-age gowns. I have the originals on DVD and it’s like comfort food to watch one and realize I know exactly what’s going to happen, right down to the dialogue and the campy background music. (Those shows also had the best titles: "For the World is Hollow, and I Have Touched the Sky," "The City on the Edge of Forever.")

Still, I was looking forward to seeing the new “Star Trek” movie, and I’m glad my enthusiasm wasn’t misplaced. It’s a great show. Even the critics seem to like it, which is saying something. (Anthony Lane’s review in The New Yorker is the funniest, though not the most complimentary. He described the enemy ship as looking like “a dozen Philippe Starck lemon squeezers clumped together and dipped in squid ink,” which is about the best description I’ve read so far. And I gotta wonder if it’s the first time The New Yorker used the word “dickhead” in print.)

As Steven Mikulan notes in L.A. Weekly, not everyone is happy with the Enterprise’s more youthful crew. Some are disturbed by the absence of Latino or outwardly gay crew members. (It says a lot about the changes in our country’s population that Roddenberry, while trying to build such a diverse crew, didn’t think to include any Hispanics.) Mikulan memorably describes the movie as “a gay fable without gays -- after all, it's about a confused pretty boy growing up in Iowa who moves to San Francisco to find his identity in tight-fitting clothes and boots.”

The new film respects the old show, yet gives its characters more backstory (in some cases a very improbable backstory). And with all due respect to Leonard Nimoy, Zachary Quinto makes the most adorable Vulcan I’ve ever seen.