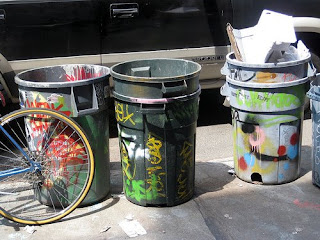 “The secret of social success in Manhattan, I’d discovered, was to be on the list.”

That’s a line from Toby Young’s book “How To Lose Friends and Alienate People,” about his stint as an editor at Vanity Fair. It amused me because it got me thinking about how often I’ve been on the list.

The list, for those of you unfamiliar with the term, is just that -- a list of VIPs who are admitted to a hot nightspot because they know the owner or have some other “in.” I am so unhip that I almost never go places where there even IS a list.

I can remember being asked whether I was “on the list” only once, actually.

It was in 1997, when I still lived in Florida but was visiting my friend Arthur in New York. We went to Webster Hall, a nightclub that had been featured a few years before on an afternoon talk TV show (Oprah? Geraldo?) about neighbors of the nightclub protesting excessive noise. (Why this was news anywhere outside New York I’m not sure, but I distinctly remember watching the show while on vacation in New Mexico in 1995. I think it also featured Michael Alig and the “Club Kids,” but I might be mixing two different shows together in my memory.)

Anyway...Arthur and I went to Webster Hall, having only recently been turned away at the velvet rope in front of The Limelight, because we were wearing jeans and sneakers. (What did they expect? We’d been walking around town all day!)

The woman at the door to Webster Hall asked, “Are you on the list?”

I looked at her blankly. “What list?” I asked.

She rolled her eyes and let us in. There were no other people waiting. Clearly Webster Hall’s status was diminished in the nightclubbing world.

We had a ball, though. There were plenty of people inside and we danced until sunup, one of only a handful of times I’ve ever done that in my life.

So, yeah, no lists for me. Which may explain why I never see anyone famous on the rare occasions when I go out at night.

You're on the list at my place. How's that for status?

Seriously, better to be with the hoi polloi any day!

You see? This is one of the things about you that I love most. You are not pretentious, not in any way, shape or form.

Unless you count the shit list, I'm not on any lists that I know of.

For professional reasons, I was on a few lists, at various times in my life. There was a bit of a charge at first . The 'hey look, I'm somebody?' It may be pathetic, but yes, I felt it a few times.

Fact is though, when you're there to do your job, you're mostly aware of how the fighting in the List Crowd itself is ridiculous.

Not all List Members are created equal, you see. There's a pecking order within the lists. Let's say Numero 45 is let in before Numero 37 shows up with his party? The Snit is loud enough to drown out the band onstage.

It's stupid stuff, but people behave as if their life depended on it. They'll do the most incredible things to impress on you how they're more important than the next guy. It's sad and I don't miss that aspect of the entertainment world (yes, I include politics under that heading) :-)

I haven't read Toby Young's book but I can imagine the vibe. Walking around and snapping great photos sounds like more fun to me. Love the shot on this post, for example.