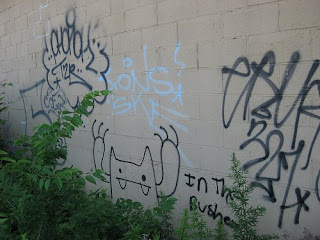 So all this time, as Dave has been preparing his move to New Jersey, I've been telling myself that I'm fine with it. He's only an hour away by train, we'll see each other several times a week, we'll talk all the time on the phone. It's no big deal.

But this week, as I helped him physically move all his stuff to his new apartment, his departure has really hit home.

When I came back into the city on Tuesday after a long night of moving and a few hours of sleep at his place, I felt terrible. Of course, I chalked it up to fatigue. But then yesterday morning I felt terrible, too -- weighted and slow, with a dull ache in the center of my chest. That's when I realized this move bothers me a lot more than I've allowed myself to admit.

I called Dave from my office -- poor Dave, who already had enough to worry about, with his parents about to arrive bearing all his furniture -- and I began to tell him I was depressed. I had a total meltdown! I mean, not a freak-out, but a tearful episode nonetheless. Dave was totally great and I felt much better afterwards.

The strength of my feelings surprised me, which just goes to show I don't always know how I really feel. It takes me a while to look beneath my "story" (he's still close by, we'll see each other a lot, etc.) and get to what's really going on. In fact, I often don't look at all, unless the feelings just explode out of me, like they did yesterday.

(Fortunately I was not at my desk when this happened. I'd stepped into the privacy room on our floor, which we call, appropriately, the "crying room.")

I've had people comment before on how positive and happy I often seem. That's not a ruse -- I generally AM positive and happy -- but it takes some emotional management to keep me there. At some point in my life I learned to push bad stuff so far down inside that even I don't see it. (I vent it all once or twice a year when I see a sad movie or a sappy TV commercial and cry for twenty minutes afterwards!)

Anyway, I went back out to East Brunswick last night and helped Dave move in the rest of his stuff, which his parents brought on a trailer from Michigan. (And, of course, more importantly, I met his parents!) So now he's all set up in his new place with his beloved furniture, which he's been without for a year. That makes him really happy, and I'm happy to see him happy.

But here, back in the city, I'm still pretty bummed.

(Photo: Graffiti monster "in the bushes," Greenpoint, Brooklyn.)
Posted by Steve Reed at 11:37 AM

I had tears in my eyes as I read this -- tears of happiness for you because you finally have someone in your life that can bring you to tears by his absence. Your reaction is perfect for someone who is really in love. I'm glad Dave is understanding of how you feel. He's undoubtedly missing your proximity as well. You need to make a big meal together to remind yourselves how strong your bond is!

Meanwhile the train to NJ will become your constant friend too!

Barbara said it better than I ever could.

Lots of very good thoughts to both of you ...

Oh honey - how sweet that you care so much for him. And that you let your feelings go where they needed to, and that you trust him enough to tell him.

Thinking about you with so much love. Sending light to wrap around your heart.

Steve, we are so much alike in this area. I see myself as a generally happy fella but then something will hit (like the friggin' movie The Notebook or a situation like you describe) and I will lose it. My emotions are right there at the surface after all.

It is difficult for you, I think, because you were just settling into one experience and all of a sudden it has changed. There's the adjustment. Luckily, we are masters of adjusting. And happily Dave is there to lend an ear and his support to help you through.

The no-fun stuff has to come out too, one way or another. Hope you feel better, Steve.

Sending you hugs and meows from afar...I'm happy for you to have found someone you love so much, who apparently loves you, too. I do hope you take comfort in that...and I hope the missing subsides to plans for spending time together.

it is so great to love even if there are days like this.

I can't add anything to what others have said. Don't try too hard to hold things in check.

All my best, Steve.

ah steve, how really hard for you.