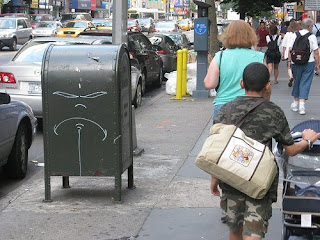 As I think I’ve mentioned before, I rarely quit a book. Once I start, I push myself to read it the whole way through. My philosophy is that you can’t really judge a book without reading the whole thing, because a bad book may redeem itself before the ending -- and a good book may go to hell.

For example, you might remember a few months ago I read Christopher Hitchens’ “God Is Not Great.” It wasn’t an easy book but I pushed through it, and I’m glad I did because I could then see its flaws in their entirety.

More recently, though, I tried to read Michael Chabon’s “The Yiddish Policeman’s Union.” It’s a sort of noir-ish mystery set in a fictional Alaska, populated by Orthodox Jews whom Chabon places there rather than Israel after World War II. I thought the premise was pretty fascinating, and I loved Chabon’s other books, like “The Amazing Adventures of Kavalier and Klay” and “The Mysteries of Pittsburgh.”

But try as I might, I could not get into “The Yiddish Policeman’s Union.” For one thing, I couldn’t keep the characters straight. They all seemed to play chess, have beards and wear black! I also must admit a lack of cultural knowledge about Orthodox Judaism, which might have made the book harder for me to understand.

(Plus, one of my former love interests thought Michael Chabon was the best writer since Salinger. Maybe my resistance was psychological?)

At any rate, I read about 100 pages and then quit.

Did anyone else read this book and have a different experience? How do you feel about quitting books?

I read The Amazing Adventures of Kavalier and Clay and loved it. But when I attempted to read Gentlemen of the Road I had the same experience you did. There were just too many characters and the plot line never got firmly established. I not only quit reading after about 100 pages, but I actually gave the book away determining that I would never pick it up again. I've been wanting to read The Yiddish Policemen's Union, but now I wonder if I would have the same experience?

Like you, I can't remember another book that I abandoned. (For our book club), I even forced myself to finish Stendhal's The Charterhouse of Parma, which must be one of the worst books ever written (despite the reviews to the contrary).

I suppose life's too short to waste one's time reading books that are a struggle!

Talk about name/character explosion. I've tried to read this book twice and even gave the audio version a chance. No dice. I loved Kavalier & Clay once I finally got into it, but I have yet to figure out a way to enjoy the Yiddish Policeman. I see people reading it on the subway (just the other night as a matter of fact), and I actually feel guilty for giving up on it, but sometimes you just have to move on.

I used to read every single line of every single book, from the preface to the notes, if there were any. I don't anymore and don't feel the slightest twinge of guilt about it. I read what I want to read, when I want and for as long as it feels relevant. Basic reason? Life is short.

I haven't read any of Chabon's books because he strikes me as an author I don't want to discover in translation. The médiathèque has 'Le club des policiers yiddish'. With all due respect to the translator, it just won't happen. I'll wait to get my hands on an English copy to make up my mind.

(P.S. I had to laugh when I read Barbara's comment about one of my favorite books - La Chartreuse de Parme by Stendhal. Your comment is a perfect case in point, Barbara: if a book is not for you, the whole world can tell you it's great, just forget it and read something else.)

I've not read this - or anything by him. But I hate to give up on a book.
My most recent experience of this was Cloud Atlas - I had SUCH trouble getting into it, at least 2 or 3 attempts. But when I did I loved it.

I did read Hitchens book and I enjoyed it.