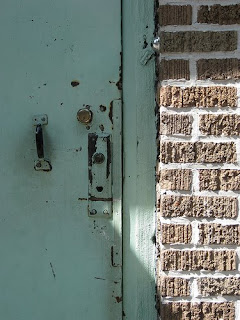 When I was a senior in high school, I worked a semester as a teacher’s aide. For one class period each day I helped one of my favorite teachers grade papers and do administrative stuff.

Sounds harmless enough, right? Well, you’d think so. But nowadays some of what I did as a teacher’s aide would get me thrown out of school.

Mrs. West, the teacher I assisted, was a terrific woman and an entertaining instructor. She sponsored our drama program and did a great job teaching English. A few years earlier, she’d helped me come out of my shell through involvement in drama. (I helped run the lights on “The Sound of Music,” and had a lead acting role in “The Taming of the Shrew” – and mercifully I will never again inflict my acting upon an audience.)

As her assistant, I had access to her gradebook. One day, a friend who had that class asked me to mark in the gradebook that she’d turned in her assignment, even though she hadn’t. I said I would, and I did.

Unfortunately, it didn’t end there. Soon a friend of my friend made a similar request, and as in the shampoo commercial, they told two friends, and so on and so on. Pretty soon I had about a dozen people routinely asking me to doctor the gradebook.

I did it. I guess I thought it made me popular or cool or likeable. I didn’t really see the difference between being liked and being used.

Even worse, pretty soon I was drunk on my own power – I adjusted grades for a few kids who weren’t even in the period I assisted. (Mostly guys I thought were cute, including one or two I’d never even spoken to.)

As far as I know, Mrs. West never caught on to my deception. I raised a few people a full letter grade in her class, I’m sure.

The whole episode is so embarrassing to think about now. And thank God I was never caught or punished. I didn’t think of it as very serious at the time, but I might have never graduated!

Sounds like the sort of thing I would have done, given half a chance (I 'bought' myself friends with candy and chocolate eclairs - it worked so long as the money held out) :-)

True confessions are difficult at any time. I too was a student assistant, but I guess people were sufficiently retarded in my sleepy little town not to ask me to doctor the grade book, because I too had access to it. BUT I did take advantage of someone's offer to pass along the answers to multiple-choice English exams and questions on Latin exams (given in an earlier period). I always wondered if those A's I received were mine or if I needed to give some of that credit to my informer.

Those are years when being popular seems so important, yes?

Embarrassing? I think it's cool, but then I am a rule breaker by heart. What matters in any course is what people learn. The grade is just a letter, after all. Though I guess what they learned in that class is that cheating is possible. That's a valuable lesson.

If it were me, I wouldn't think so much in terms of being used. You were a rebel.

There are no compelling books or movies about people who follow all the rules. The interesting stories are about the people who bend the rules - or break them. You caused no harm, and now look at what a great post you've written!

I had access to the keys to the cashbox from the coke machine in the lunchroom. That's all I'll say...

Wow, Boyfriend !!! Now that's what I call Grown Up and Brave. I hope you can put it behind you now that it's out there in Cyberspace. You made me think ... and that's a good thing. Have a wonderful weekend. xoxo.

well who would have thought it Steve.
:-)