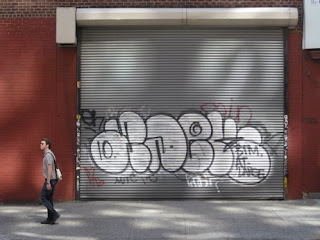 I'm listing my apartment for sale next week. I met with a Realtor yesterday and signed the exclusive listing agreement. Dave and I plan to go in this weekend and remove most of my personal effects, but I'll leave the furniture and artwork for now -- I think it helps define the space and makes it look better.

I've wrestled with this decision, but ultimately it comes down to economics and need. I pay about $1500 a month to maintain that apartment, and though I could rent it and recover that money, I don't want the hassle of dealing with a tenant -- especially because I can sublet for only three years according to the rules of my co-op.

I can't really envision a scenario in which I would live there again, unless Dave and I broke up -- and I can't invest $1500 a month in a possibility that, at this point, appears groundless. That's just not rational. Even if the worst happened and I set out on my own again, wouldn't it be more desirable to start from scratch in a new place? I know a lot more about New York and its environs than I did when I bought that apartment eight years ago, and I think I'd be open to more options now.

This reminds me of the time ten years ago when I sold my condo in Sarasota, Fla. I'd bought it only a year earlier, installed new carpet and painted and decorated it carefully according to my tastes. Then, lo and behold, I got a job offer in New York City. It was a painful decision to let go of that condo, which I loved, as well as much of my furniture. But it was undoubtedly the right thing to do.

I'm sorry to let go of my New York apartment, too. But the most important thing in life is to move forward. Onward!