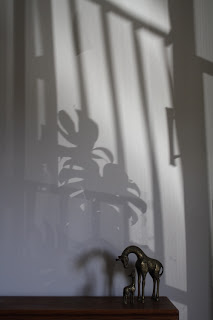 Last night Dave and I went to WD-50, chef Wylie Dufresne's restaurant on the Lower East Side, to celebrate our first anniversary. (It's technically Monday, but close enough.)

What a meal we had! Dufresne is known as a proponent of molecular gastronomy, the science of food flavors and preparation, and the food was exquisitely prepared and served with wine pairings. Here is a close approximation of our menu (look under "tasting menu and wine pairing.")

As you can see -- cold fried chicken with buttermilk ricotta, tabasco and caviar -- it's pretty unusual!

The portions were small, which allowed us to sample a wide range of dishes and wine. As for the flavors, I tried to sample each ingredient singly and then in combination with the others, to get some idea how they combined. Eating these dishes was like seeing light in a spectrum -- each color stands out but blends seamlessly into the next for an overall complete experience.

Anyway, it was a great meal. Apparently this Dufresne guy has been on Food Network TV shows and stuff, so he's pretty well known in the culinary world. We could see him working back in the kitchen. When the waiter learned Dave had been to culinary school, he offered us a chance to go back and see the kitchen, but ultimately we declined -- we were too tired and Dave had seen it before.

A terrific anniversary! (Amazing that it's been a year already!)

(Photo: Light and shadow on our living room wall.)
Posted by Steve Reed at 12:25 PM