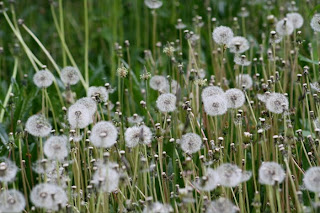 Well, today was something of a fiasco. Dave and I planned to go into the city to clean my apartment (must maintain it for the real estate gods!) and pick up some of my art, so we can bring it to New Jersey and put it on the walls here.

But just as we reached the Lincoln Tunnel, after driving an hour and crawling through a traffic jam caused by construction on the New Jersey Turnpike, I realized I forgot my keys. I had no way to get into the apartment! I called my super and my real estate agent, hoping one of them would be able to let me in, but neither were available. So we turned around and came home. We'll try again tomorrow. (Sigh!)

One bright spot: On the way back, we stopped at the White Rose System restaurant in Linden. White Rose is a down-home diner that's famous for its sliders, miniature hamburgers that are something of a New Jersey specialty. I'd spotted it on a photography trip in mid-March and always meant to go back. I had a cheeseburger and a vanilla shake, and Dave had a plate of sliders. The food was good, but I've been a little nauseated all afternoon. 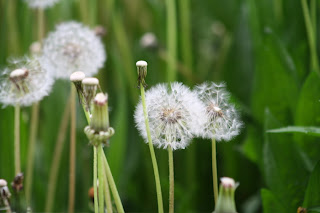 Last night we went to see Gustavo Dudamel conduct the Los Angeles Philharmonic at the New Jersey Performing Arts Center. It was a terrific concert -- Leonard Bernstein's "Age of Anxiety" and Mahler's first symphony. Dave kept exclaiming about what an astounding conductor Dudamel is, and indeed he's a young star of the musical world -- he was recently the subject of a segment on "60 Minutes." But what makes a conductor great? Dudamel is very enthusiastic and expansive in his gestures, but it's more than that -- Dave says he's visibly connected to the music and the orchestra, very Zen-like. It's hard for me to see, but I can certainly hear the evidence.

You may have heard that the famed British street artist Banksy recently visited several cities across the country, including New York. I haven't had a chance to see his pieces in Manhattan yet, and unfortunately most of them have already been destroyed by Banksy-haters. A shame!

(Photos: Dandelions in the field behind our apartment, early May.)
Posted by Steve Reed at 8:38 PM