A Job, Sort Of 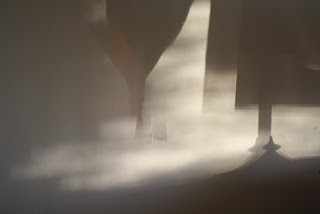 I've started a freelance job with a newspaper chain in central New Jersey, helping produce a local news blog. It's just getting launched so it's not quite polished yet, but as you can see I'm writing for it already. It's going to be interesting to maintain two blogs!

It feels great to be working again, even though this job is very small and doesn't pay much. It's just a way for me to get my feet wet and gain experience with an entirely new company, and keep my skills honed. (And feel useful, I suppose.)

The content is what's known as "hyperlocal," meaning it's all about people and events just within East Brunswick. I won't be writing about national politics or that kind of thing. And I won't even be doing much hard news, because the newspapers already employ a reporter who covers government, cops, city hall and such -- I'm writing about more featurey stuff, which should be fun. (Eventually we'll fold the harder news into the blog somehow, though.)

My hope is that it may turn into a real job someday, but who knows. In this economy, and especially in the world of journalism, all bets are off.

Speaking of which, did you see the news about the Washington Post Company putting Newsweek up for sale? I have several friends at Newsweek and I've been a subscriber for about 18 years, so I hope the magazine is able to survive in some form. I don't think their recent changes have been for the better -- I preferred more reporting and less opining. But apparently the feeling is more people, and particularly younger people, want opinion and perspective in their news, rather than the old-style goal of objectivity -- I guess I'm just old-fashioned in clinging to that ideal.

(Photo: Shadows on our bedroom wall, yesterday morning.)
Posted by Steve Reed at 11:58 AM