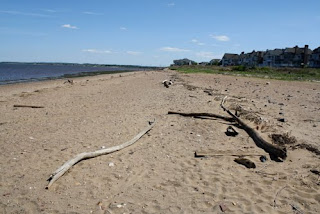 One of my favorite pastimes is to wander the beach and look for cool stuff that’s washed up on the incoming tide.

I’m not a beach person, in the sense that I don’t like to lie in the sun and broil. But I do love beachcombing. Maybe it comes from growing up in Florida, where I spent countless childhood hours collecting shells on the Gulf Coast. Some of my best memories of Morocco involve wandering the beach at Essaouira with my friend Liz, who like me knows how to comb a beach.

I just finished an interesting book on the topic, “Washed Up: The Curious Journeys of Flotsam and Jetsam,” by Skye Moody, a beachcomber-author from Washington state. Moody told some great stories about the strange marine forces that carry objects from one continent to another, and about the people who collect all the fun stuff that manages to make it to shore.

I always thought of beachcombing as shell collecting, primarily. But Moody made me appreciate all the other things that wash up on beaches, from plastic toys to driftwood to messages in bottles. I don’t think seagoing plastic trash is good, but considering its origins and travels can be interesting. 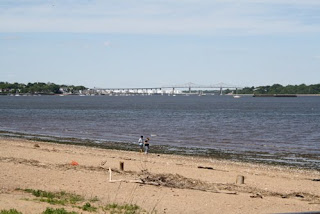 Anyway, it’s funny that I just finished this book yesterday, because Dave and I spent part of the afternoon at the Raritan Bay Waterfront Park in South Amboy. Being on an urban beach -- and it is very urban, believe me -- gave me an opportunity to see first-hand all the items brought in by the waves in such an environment. 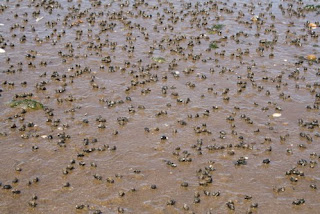 Of course there were rocks and oyster shells, and these tiny black snails crawling the muddy flats. But there was also lots of broken glass -- and not the cool, rounded kind known as “sea glass.” These were recently broken shards. 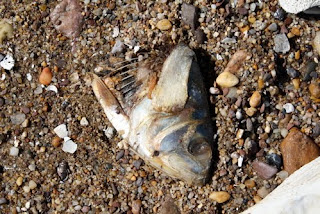 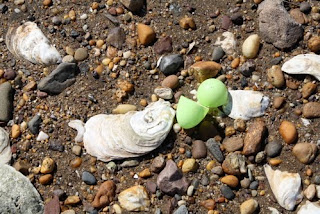 I’m not sure Dave appreciated my fascination with all the detritus on the shore. But the dogs had fun being walked near the water, and it was nice to spend the day someplace we’d never been before.