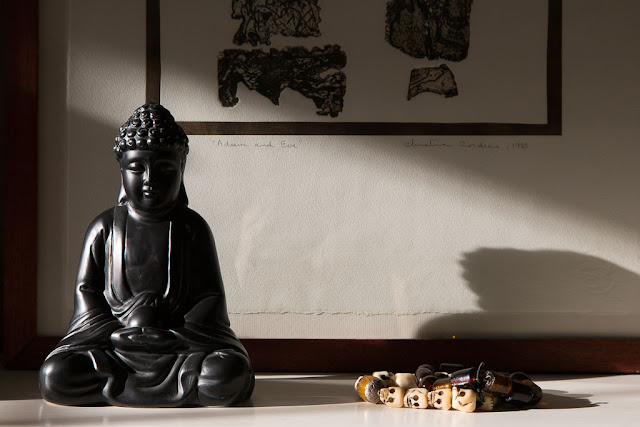 Dave and I barely left the house yesterday. We walked up to Homebase (our big-box home and garden retailer) to get some flowerpots shortly after lunch, and Dave seized the moment to buy still more plants for the garden. He got a tomato plant and some annuals for the hanging baskets, which is fine.

We didn't take Olga specifically because we were afraid the dog-walker would arrive while we were gone. But then, as the afternoon wore on and 3 o'clock became 4:30, we began thinking the dog-walker wouldn't come at all. And then we realized -- it's Easter Monday. A holiday. Hence, no dog-walker.

Don't worry -- Olga still got her walk. I took her out myself. 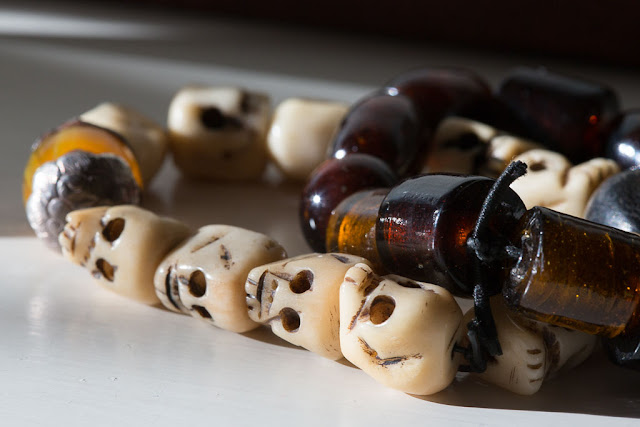 So now our rescued lavender plant is trimmed up and repotted, as is a rescued yucca that we keep indoors. (I haven't specifically photographed it to show you, but you can see it behind Olga in the second photo here. I found it next to some trash cans at a house down the street.)

We took a taxi back from Homebase, since we were lugging big flowerpots, and when we pulled into the driveway we met one of our Russian neighbors from upstairs. She asked us about a chimney in the corner of the house and whether we ever used it. We had no idea what she was talking about, so I asked her to come inside and show us where it is. Turns out there's a chimney flue in our bathroom, of all places -- but it has been so altered over time that it doesn't resemble a chimney anymore. So no, we don't use it. Apparently they're going to do some renovations upstairs (great!) and they want to remove that flue. We told them to call the landlord!

This apartment has been chopped up and reconfigured so many times that it scarcely resembles its original layout. And none of the fireplaces work, as far as we know.

Anyway, as the neighbor came inside, I suddenly saw our flat with objective eyes -- the unmade bed, the muddy dog footprints on the floor, the breakfast dishes in the kitchen, the unscrubbed bathrooms. The veils of warmth and homeyness fell away, and I thought, Jesus, what slobs we are!

I spent the evening cleaning.

(Photos: Buddha on our bedroom mantelpiece with my two bracelets, which I wear occasionally. A friend from the Zendo I attended in New York gave me the one with the skulls, and the brown glass one I bought in Singapore.)
Posted by Steve Reed at 7:18 AM