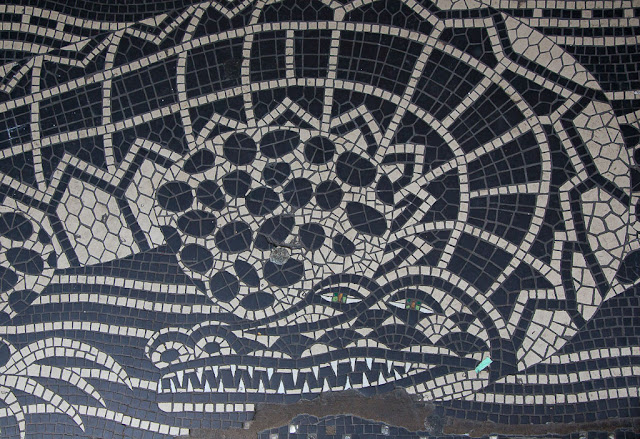 I feel like I ought to say something about Brussels, but really, what can I say? Having just been there a few weeks ago, the attacks make me think back on that day, on my explorations of the city and the people and places I encountered. I thought of my super-angry, super-secretive assailant, and whether he could have been involved in this plot, or one like it. You just never know.

When I walked through the Brussels neighborhood of Molenbeek, I was just a block or two away from where Belgian police captured the Paris bombing suspect last Friday.

I don't have any answers. They are above my pay grade. I do wonder if Europe will have to tighten its internal borders and restrict the free flow of people between its member nations. That might help at least keep tabs on potentially dangerous individuals and their locations. You hate to think that we need to surrender some of our own freedoms to fight terrorism, but we're doing it every day already, taking our shoes off at airports and walking through metal detectors at countless public venues. An obligatory stop at an international border doesn't seem so far-fetched.

We don't yet know who the bombers were, but I think this nonetheless shows why it's essential to control and organize the flow of refugees out of the Middle East. I'm not saying refugees perpetrated these attacks -- in fact it's unlikely -- but we have to know who's here, at least as much as is possible in this era of potentially forged documentation and scant available public records. I'm all for helping refugees, but it has to be done in an orderly fashion, and it has to be a global effort -- not one that falls solely on the shoulders of Europe.

As an only tangentially related aside, I mentioned that Dave was in Doha, Qatar, last week with a student group. Apparently Qatar is a dry country, so alcohol was not easily available -- in fact, at the airport, the guards confiscated alcohol they found in passengers' luggage. It's apparently very safe overall and Dave said his group had a good time, but he wasn't impressed with such restrictions. When he got home the first thing he said was, "We're having pork and wine for dinner!"

(Photo: A tile mosaic of an alligator in a doorway in Soho.)
Posted by Steve Reed at 7:08 AM