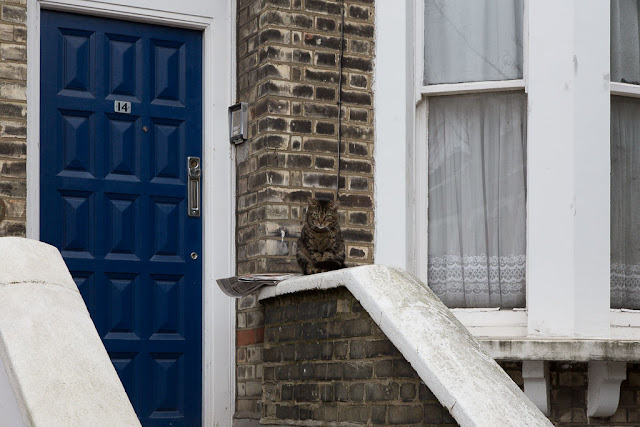 I woke up around 3:30 this morning and the moon was shining brightly through the windows in the living room. I could even see the Big Dipper in the sky above the patio. "Oh, good," I thought. "It's clear. I can walk Olga later today!"

And then I went back to sleep and when I woke up again -- it was raining.

Life on an island.

I hope for Olga's sake that it tapers off and we can get out and about, because she spent all day inside yesterday, poor thing. It was drizzly all afternoon. The forecast doesn't look promising, though.

Meanwhile, Dave and I have been on a mission to catch up on some of the Oscar-nominated movies from last year. On Friday we saw "Spotlight" -- a good old-fashioned newspaper movie, right down to the shots of rolling presses at the end. (What will convey that wonderful sense of finality, of a job accomplished and a wrong exposed, in future journalism movies? Somehow hitting the "publish" button on a Web site just doesn't have the same sense of majesty as watching those bales of papers come of the presses and get trucked away to all corners of the city.)

Last night we watched "The Big Short," which was fascinating and depressing at the same time.

Tonight's film may be "The Danish Girl."

And then tomorrow we're bracing for more bad weather, at least in certain parts of England -- another named storm, this one called Katie. I'm not sure how Katie will affect us here, but it's supposed to wallop the South Coast.

Owing to the weather, we're not going to Oxford after all. There just doesn't seem to be much point in hopping on a train -- especially with the dog -- to walk around a strange city in the rain. We're thinking we'll put it off until summer.

I am, however, making my trip to Liverpool on Thursday, when things are supposed to clear up and Dave has to work briefly. Yesterday I made train and hotel reservations and booked a Beatles-related tour. Penny Lane! Strawberry Fields! I hope to see some non-Beatlesy things too, but I'll only be there for about 24 hours, so we'll see how much I can cram in.

And now, I'm seeing some blue sky out the window! Time to leash up the dog!

(Photo: A clearly annoyed cat, surveying me and Olga from atop the day's newspaper delivery.)
Posted by Steve Reed at 8:14 AM