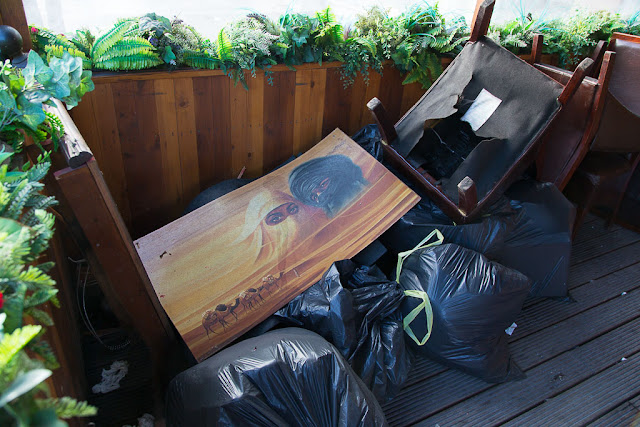 Well, my plans to walk Olga yesterday turned out to be ill-advised, at least in their timing.

We had our normal walk in the early morning, and that went fine. We found a shisha lounge in our neighborhood that seems to be remodeling or going out of business, and was trashing its comically cheesy artwork. No, I did not bring it home. 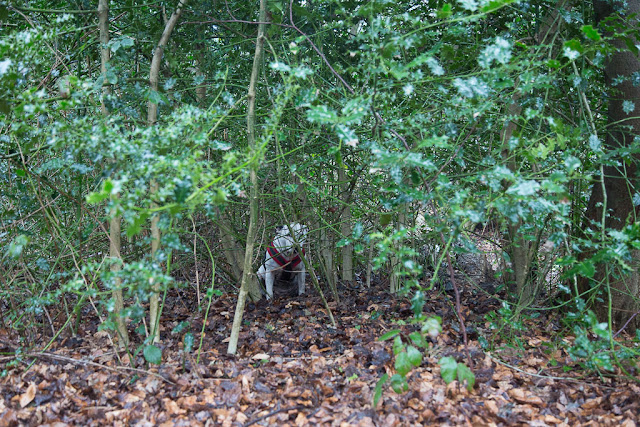 But then, about 11:30, we went for a long walk on the Heath.  The weather forecast called for rain about 2 p.m., so I thought we'd be able to get there and back with no problem. But weather in England is a wildly unpredictable affair, and no sooner had we reached the Heath than it began to pour, and then hail. For a minute or two we were pelted with BB-sized grains.

I had an umbrella, but Olga immediately bolted for the shelter of a cluster of holly bushes. She only came out when the rain lightened up.

As it continued to drizzle we took a quick spin through Golders Green Park, where I thought we could find shelter, but the minute we reached a bench with a roof over it, the rain stopped... 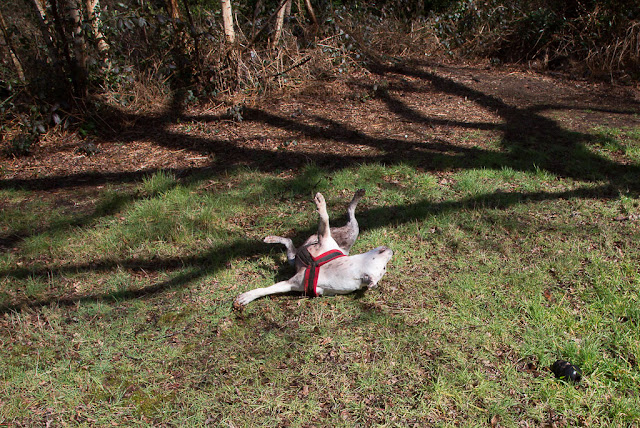 ...and before we knew it, the sun was out again and we were back to normal.

I think Olga enjoyed her walk, even with the bout of bad weather. I'm telling myself that, anyway. She certainly needed a thorough bath when we got home.

In the afternoon I Skyped with my dad and stepmother, who I hadn't spoken to in a couple of months, and they seem to be doing fine. And in the evening, Dave and I watched "The Danish Girl," which we really enjoyed. It was replete with the kind of gray, severely Protestant architecture and decor that I'd expect from early 20th-century Denmark, and it beautifully captured the conflict of the main characters at a time when transgendered people weren't even known to exist.

This morning, it's windy and blustery as all get-out. Katie has arrived!
Posted by Steve Reed at 7:37 AM