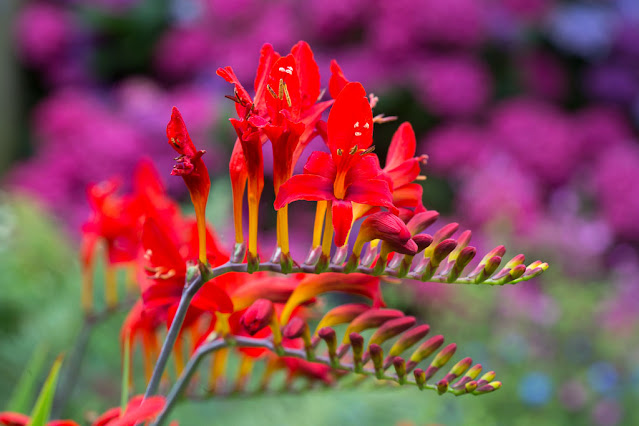 After I posted the photo of the crocosmia buds the other day, one of my commenters mentioned that he wanted to see it when it bloomed. So here it is, with some of our hydrangea bushes in the background. This crocosmia is a popular variety called "Lucifer." 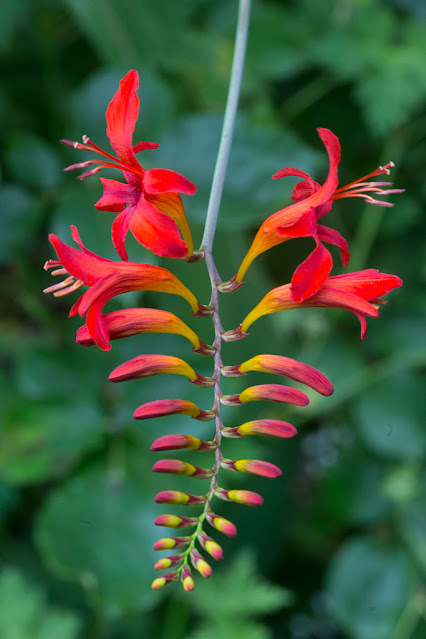 Here's a picture that might be a little clearer.

And here's some other garden stuff going on right now: 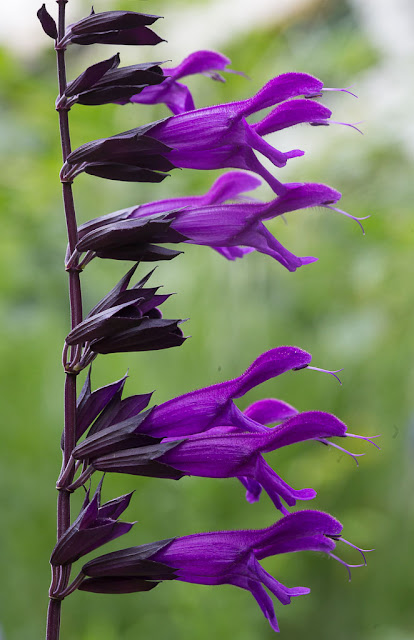 Our purple sage, a variety called "Amistad," is blooming. 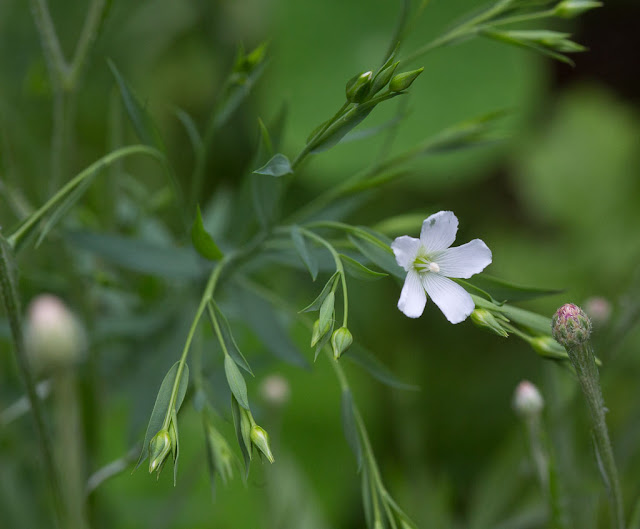 Quite a bit of this has appeared alongside the cornflowers in the wildflower bed. It's called pale flax (Linum bienne) and I assume it came from that wildflower seed mix I sowed. 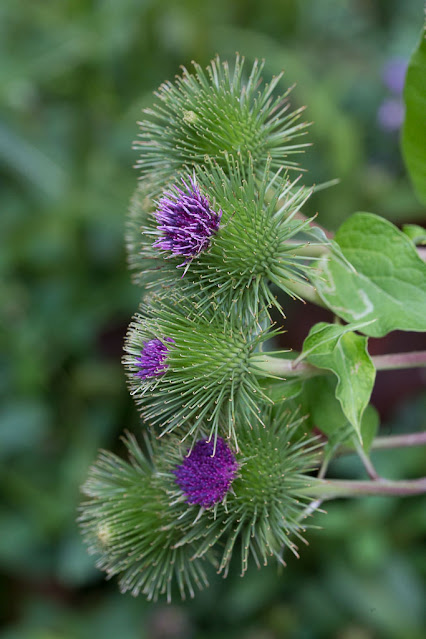 The spiny flowers of the burdock are blooming. 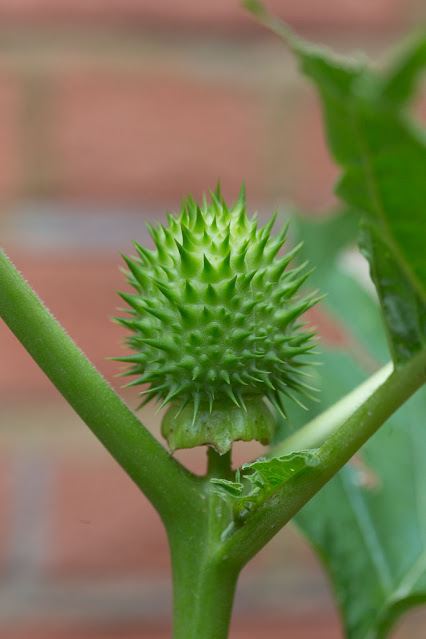 And speaking of spiny, here's a seed pod growing on the jimsonweed. It's approaching the size of a ping-pong ball.

I just saw Dave off on his trip to the USA -- a car came at 6 a.m. to fetch him and take him to the airport. (This is the difference between me and Dave. When I went to Heathrow, I took the tube. Dave called a car service! I'm a cheapskate, but Dave doesn't have a problem spending money to be comfortable.)

As I mentioned before, he'll be gone three weeks, at a professional development event in Texas, visiting family in Michigan, and going to Drum Corps finals in Indianapolis. I believe this will be the longest we've been apart since we got married 11 years ago! I felt like my own two-week trip was pretty long, so I can't imagine how he'll feel after this one.

Olga was nervous when the suitcase came out. I think she's relieved that I'm still here.

Meanwhile, I'm going to have to re-learn how to feed myself, since Dave usually does all the cooking. I'm seeing a lot of peanut butter in my immediate future.
Posted by Steve Reed at 6:37 AM