Bugs and a Hollyhock 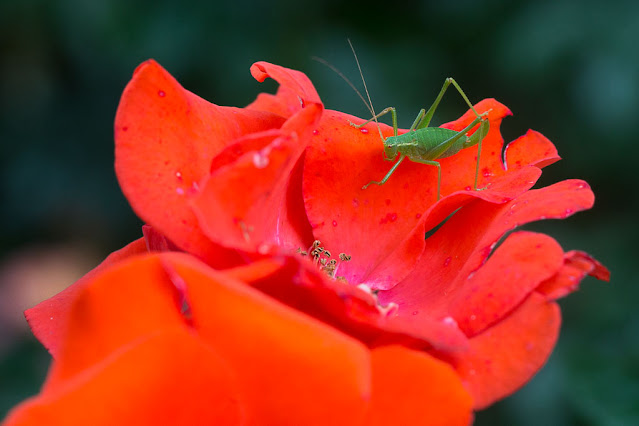 We're supposed to get some windy weather today as a result of Storm Evert, which is blowing ashore in Cornwall. It's going to be the first true test of my work to rig up the teasels. Fingers crossed!

Not much happened around here yesterday. I read, I went grocery shopping. YAWN.

Later, I was texting with Dave and eating dinner, sitting out on the garden bench, when I looked up and realized with horror that Mr. Russia was clambering around on the roof. It's quite high and quite steep, and he had no safety equipment. My first thought was, "We have no insurance!" (I'm not sure we could be held responsible for his stupidity, and he is part owner of the property whereas we are only the downstairs tenants -- but if he fell and hurt himself landing on the patio furniture, for example, could we be liable?) The Russians have been grousing about a small leak in their roof but they still haven't had roofers in to fix it, and it looks like Mr. Russia took matters into his own hands and installed some kind of jankety (that word again) patch.

I wandered around the garden taking some photos of our insect life. Above, you'll see a speckled bush cricket on one of our roses. 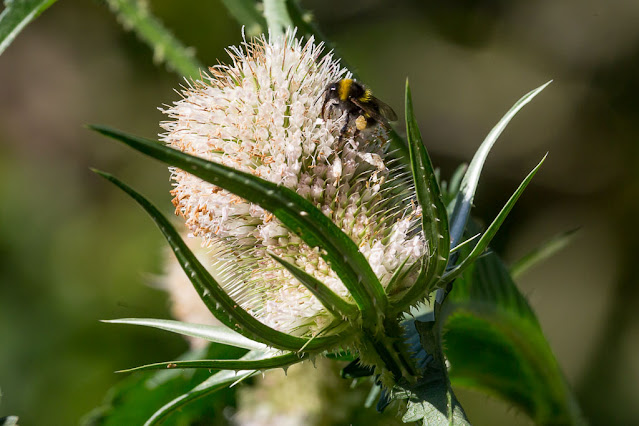 Here's a bee, dining on the aforementioned teasels. 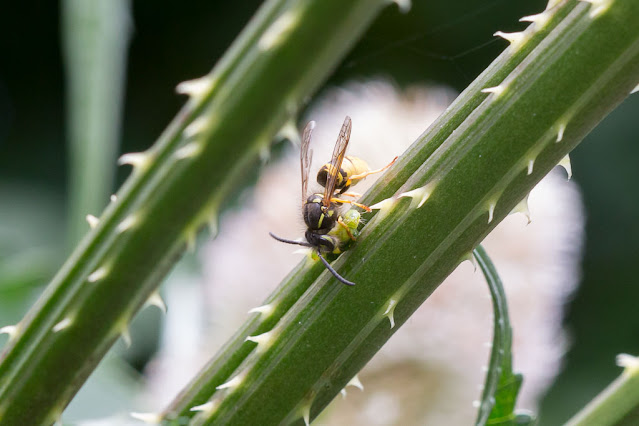 This wasp caught some sort of tiny green caterpillar on the teasels. Wild Kingdom! 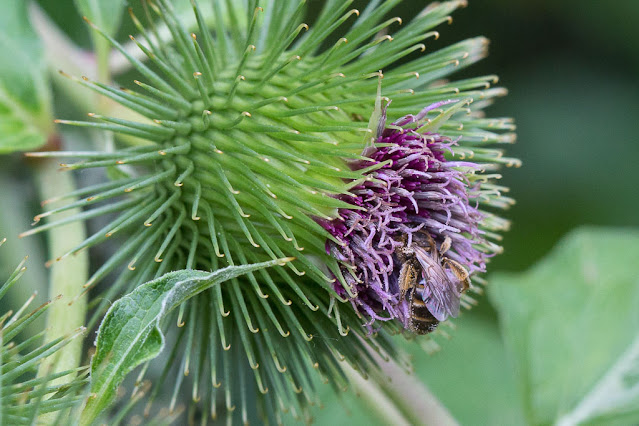 And here's a bee digging deep into one of the burdock flowers. Can you see it, with its head entirely buried? 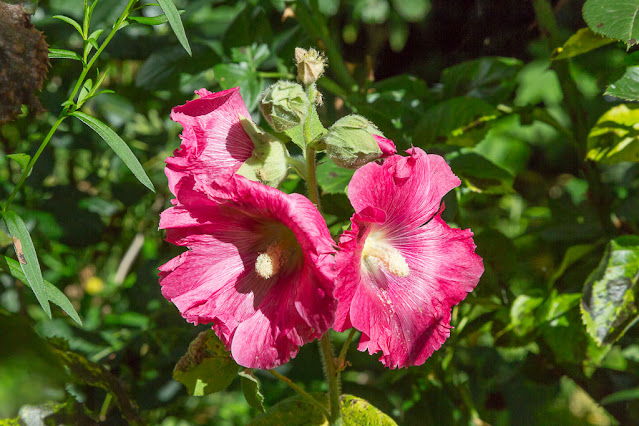 Some of our hollyhocks are finally blooming. These are the ones I grew from seed and planted out a couple of years ago. I think this is the last surviving plant. We had one flower last year, on a different plant that didn't reappear this summer. Overall, they haven't exactly thrived, but I think they needed a sunnier location than we gave them. If I get seeds from this one I'll try again and put them in pots on the sunny side of the patio.

Now, off to check up on the teasels-in-traction!
Posted by Steve Reed at 7:37 AM