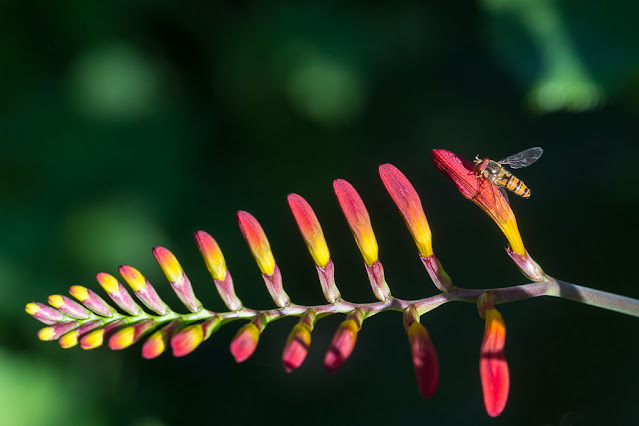 Another day in the garden. This hoverfly landed to rest on some crocosmia buds... 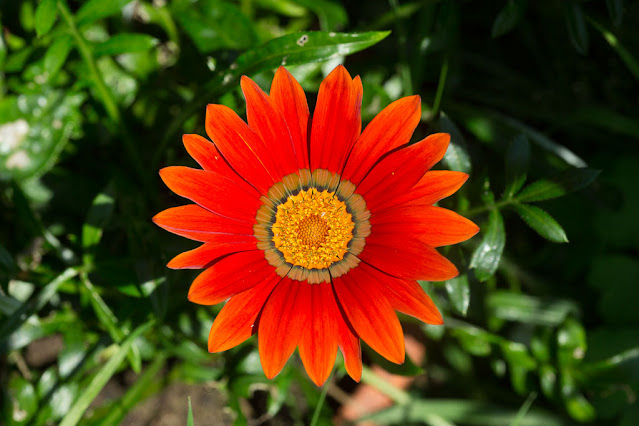 ...and one of our gazanias offered up a big, beautiful blossom.

It was kind of noisy around here yesterday. There's some utility work going on (again) on the streets surrounding our flat -- something about installing fiber-optic broadband -- so there are jackhammers and all manner of groaning equipment rumbling around.

Dave and I always joke that whenever we try to have a quiet moment in the garden, something disrupts it -- Mrs. Kravitz's gardeners begin mowing her lawn, or the gardeners for the neighbor on the other side bring out the hedge trimmers, or a police helicopter starts circling overhead, or someone fixing up a nearby apartment starts running a power saw. (All of this has happened within the last few days.) Evidence that although we have a fairly bucolic back garden, we do in fact live in a big city.

I was telling Dave yesterday that I haven't seen many butterflies this summer -- only cabbage whites and, as I recall, one peacock and one common blue. I wondered if the dramatic weather about ten days ago, when I was in Florida but there was flash flooding in London, affected them. Not long after I said it, we saw a red admiral flutter past, so maybe they're around after all. (We're supposed to have more dramatic rain this weekend. Fortunately, Dave and I live on a hill.) 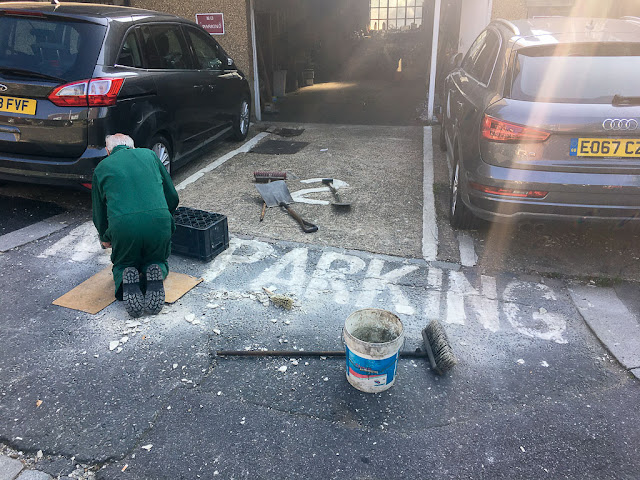 When I walked Olga yesterday morning we came across this guy, who owns a garage up the street. Evidently he's trying to remove the "No Parking" sign from the pavement, and rather than paint over it, he's trying to hammer it off. That seems like a lot of work, not to mention potentially damaging to the pavement. Does this mean he's going to let people park there now?

The NHS only called me once yesterday!
Posted by Steve Reed at 7:26 AM