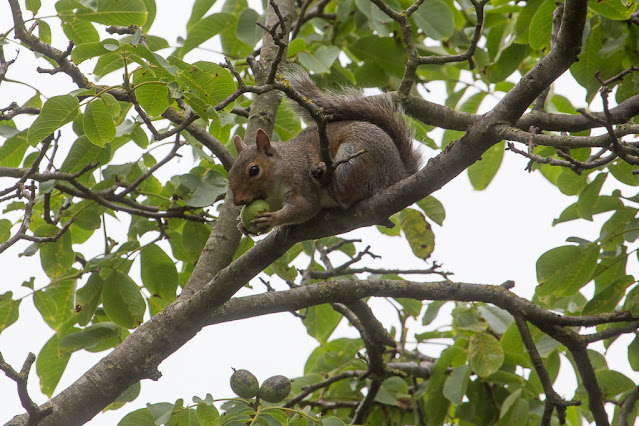 We've come to the season when I spend way too much garden time picking up walnuts -- and this is why (above). Every summer the squirrels ravage our walnut tree, racing around, chirping and squeaking, breaking off leaves and sticks and feasting on the nuts, which they drop half-eaten onto the lawn. I don't mind, really, because we don't eat them ourselves. But a green walnut is a fairly heavy thing, so I try not to linger under the tree!

I spent yesterday morning tidying up the garden, lightly trimming so I can more easily move around. I also cleaned the house and took Olga for her walk. 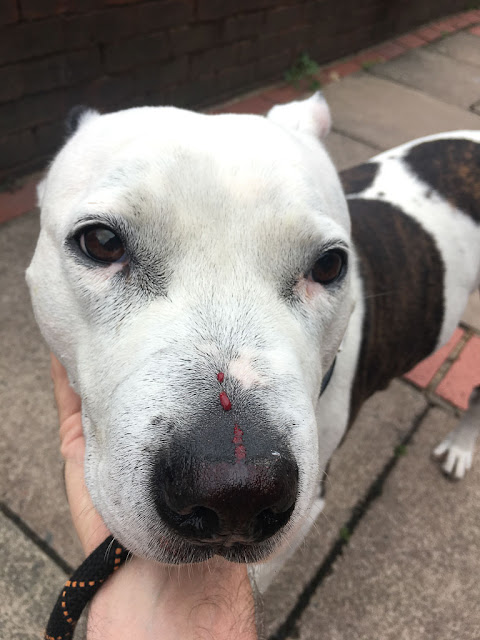 She got into a scrap with her nemesis the cat-behind-the-door, who managed to slash her nose. This is not the first time and believe me, it won't discourage Olga. She'll just as eagerly go after that cat next time, too. They've both been at it for years. 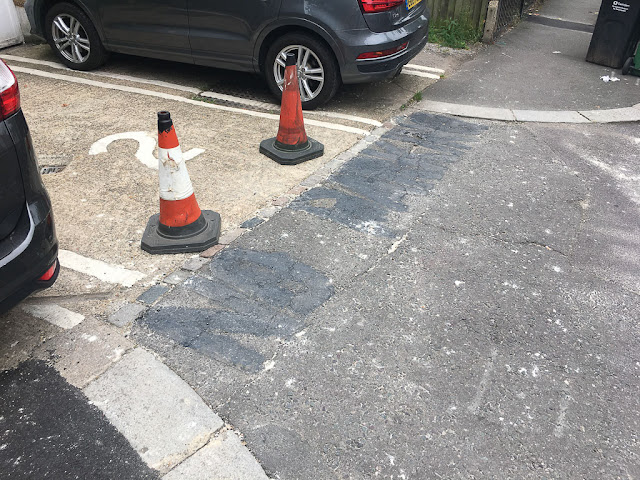 I thought you might like to see the results after the garage guy hammered the "No Parking" lettering off the street -- and painted it over, too, from the looks of things. Still seems like a lot of work for dubious gain.

In the afternoon, I decided to take Olga to the cemetery. After all, today's my last day of quarantine and I figured I could go that far without interacting with anyone, and she needed a longer walk at least once over the weekend. But the gods had other plans, because no sooner did we get there than it began to thunder. I brought Olga right back home again, and almost as soon as we crossed the threshold the heavens opened.


I took some video to show the intensity of the rain, and elsewhere in London there was once again flooding -- for the second time in a couple of weeks. We had some minor damage here at home. In the video you'll see that the very tall teasels by the birdbath in the garden are leaning to the left. Well, yesterday evening they collapsed entirely, RIGHT ON TOP of my dahlias!! 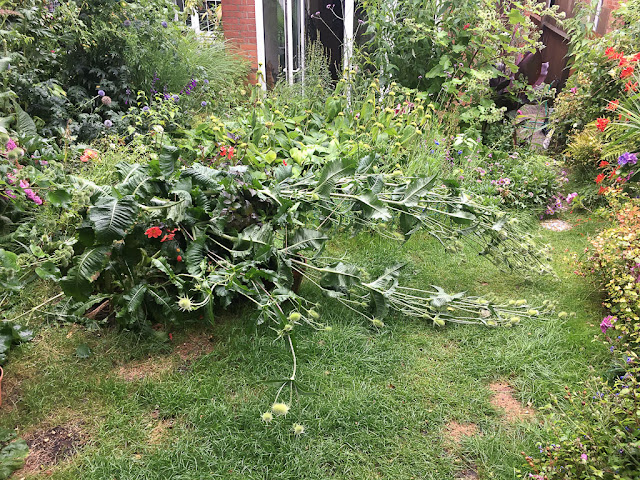 I went out and tied them up with twine, using the bird feeder and a nearby bush as support, which wasn't easy because I think they weigh about 30 pounds... 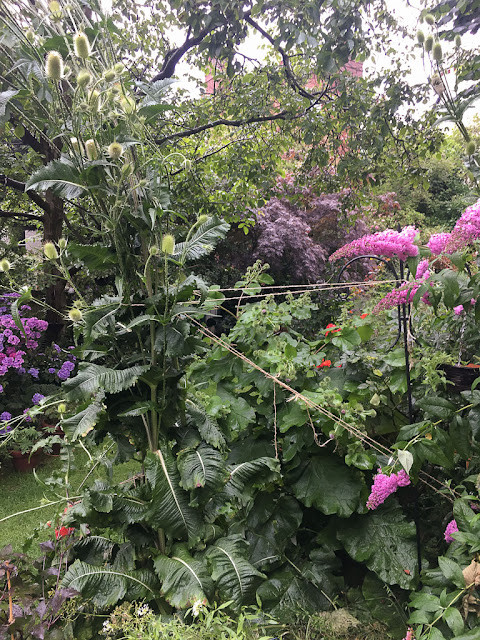 ...but this morning I see they've collapsed again. So, sadly, I may have to just cut them down entirely. We have plenty more teasels, so it's not a crisis.

(Oh, and the dahlias, surprisingly, are fine.)
Posted by Steve Reed at 6:45 AM