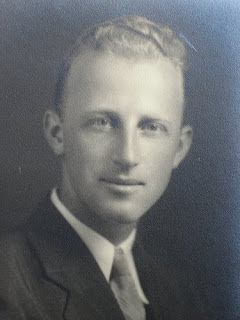 You may remember the last time I went home, my Dad and I spent a lot of time talking about his family. Well, since then, my Dad has gone on a genealogy binge. He’s tracking our family tree not only on his side, but on my mother’s as well -- which is interesting because they’ve been divorced for more than 30 years.

During my visit last week, Dad shared with me his latest efforts, and everything he’s found is pretty consistent with research done years ago by my maternal grandfather and others. There are still a few mysteries, particularly when we get back to the 1600s, when records were scarce, and I’m hoping Dad and the Internet can help clear those up.

It was fascinating for me to comb back through my mom's records, which include letters from long-dead relatives and pages from family bibles, as I tried to confirm what Dad has found. 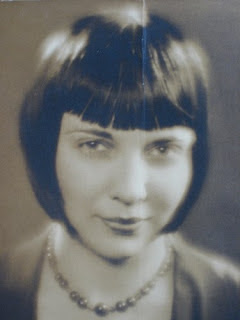 The biggest boost came when I found a seven-page essay written by my grandfather about his family and his childhood. When I was a kid, I remember sitting on the couch with him as he told me a story about a turkey roosting in a tree, as strange as that sounds. I was young -- my grandfather died when I was 9 -- and I could never quite remember that story. It always bothered me, because I knew it was family lore he meant to hand down to me.

Well, on page five of his essay, there it was:

“Father’s parents raised turkeys. One old Tom roosted in a tall white pine back of the house. His position in the tree became a weather indicator. At one time his father remarked about a position the old Tom took and predicted a severe storm. What followed was the blizzard of 1886, which has not been equaled in these parts to this day.”

It may sound inconsequential, but I was so glad to find that paragraph!

(Photos: My mother's parents in their younger years.)
Posted by Steve Reed at 11:19 AM