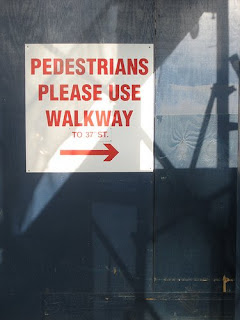 Wow. I really do feel like I have just run a marathon. The past few weeks have been so unbelievably busy -- I think I’ve eaten about one meal at home, and last night was my first free night in ages.

I love just coming home after work, and relaxing with my cat and a book or movie -- yet it happens so rarely!

Last night I watched The Monkees in “Head,” their movie from 1968. Of course it’s pretty silly, which I expected, and it doesn’t make much sense, but it’s a fun piece of ‘60s culture. I think they were trying to mature from a fluffy kiddy band into something a little more relevant, so their music was heavier. Lots of psychedelic clothing, and cameos from the likes of Annette Funicello and Victor Mature. Very strange. I think I'd have needed a doobie to enjoy it properly.

I’m going to Florida to see the family in a couple of days, so I’m also preparing for that -- getting spare keys made for the cat sitter, for example, and laying in a few supplies. I hired the sitter to look in on Armenia every day, so she won’t have to be boarded at the vet. She’s grateful, even if she doesn’t know it.