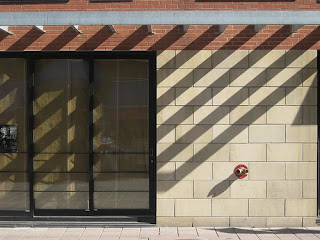 Last night I was walking home from work on Broadway when I noticed a crowd of people and a fusillade of flashbulbs going off in front of Macy’s. I wandered over to see what was going on.

A squad of photographers and TV cameras was set up in front of the store windows, aimed at a walkway from the curb to the store’s entrance. Every once in a while, someone (evidently famous or important) would emerge from a car and navigate the gauntlet of cameras.

I didn’t immediately recognize any of them. One guy looked familiar, and I finally identified him as the actor David Arquette. But I had to think about it a while.

Turns out this event must have been a launch for Macy’s “Come Together” campaign (beware the potentially annoying Flash-animated Web site). The campaign urges people to host dinner parties where guests donate to Feeding America, a hunger relief charity.

It was funny to stand among the onlookers. There were dozens, if not hundreds, of people clustered around the front of the store, cameras whirring. The guy beside me, for example, was taking his own photos when a woman stopped and asked him what was going on.

She asked who was being interviewed at that moment.

Isn’t it funny how people react to celebrities, or even people they don’t know but perceive to be celebrities? None of us knew who all these folks were, but we were still a little dazzled -- if not by the glitter, then by the absurdity of our own interest. I probably stood there for 15 minutes before continuing on my way.