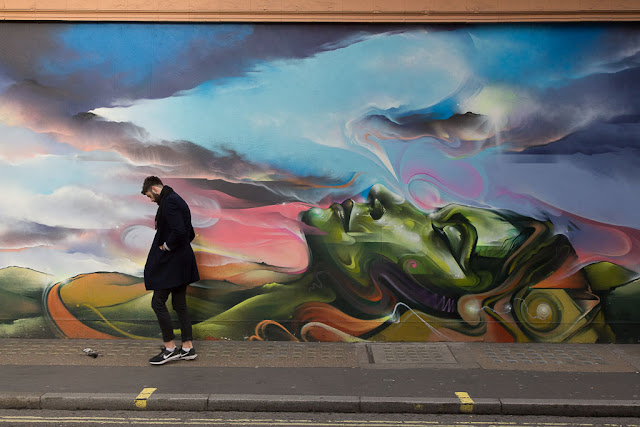 Yesterday was quite a whirl of activity. Dave came back from Doha, I was scheduled to meet our former neighbor Chris for an afternoon of photography in Soho, and I had to take Olga out for an excursion. 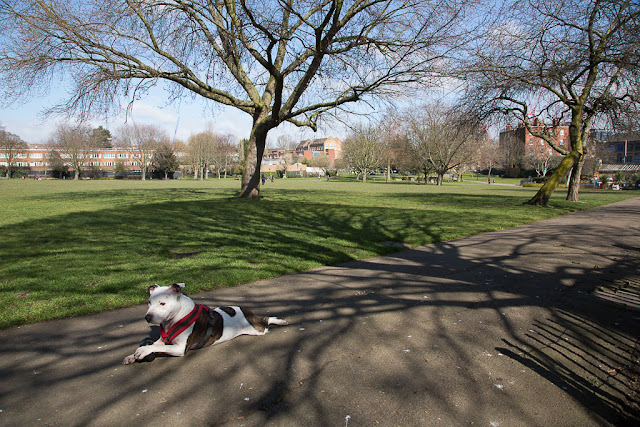 Knowing I was going to be doing lots of walking with Chris in the afternoon, I couldn't face the idea of taking Olga all the way to the Heath. So we went instead to Kilburn Grange Park, which is much closer. We don't often go there because it's not very large, but there's a big open space where Olga can chase her Kong (while ignoring all the other dogs who are trying to play with her), so it serves our purpose.

I met Chris at 3 p.m. at the Photographer's Gallery in Soho, where I promptly spent £35 on a book of New York photos that we then had to lug around with us all afternoon. We walked through Soho and down to Trafalgar Square. We found a dead pigeon lying in front of a big, beautiful mural, and that made for some photographic moments (top). 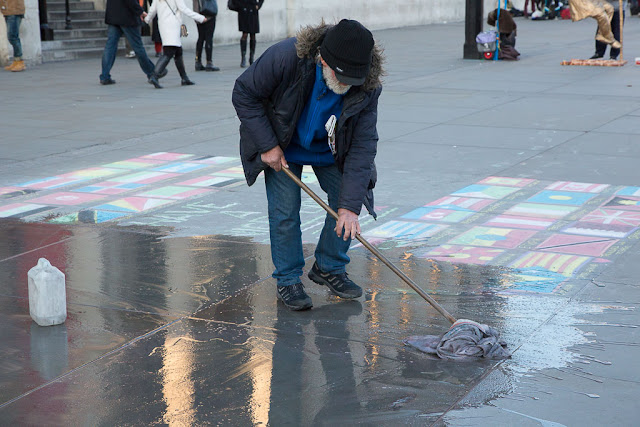 Remember this flags-of-all-nations chalk mural? It's a regular feature at Trafalgar Square, were I photographed it a few months ago. Apparently at the end of the day the artists are required to remove their chalk creations -- or so this guy said.

In the evening Chris and I met his wife Linda and we had dinner at a Vietnamese place. It was good, but I really just wanted to get home, since Dave arrived in the late afternoon. I couldn't get away until almost 9 p.m., and by the time I got home he was in bed. So I've barely had a chance to hear about his trip. We didn't time that very well!
Posted by Steve Reed at 7:08 AM