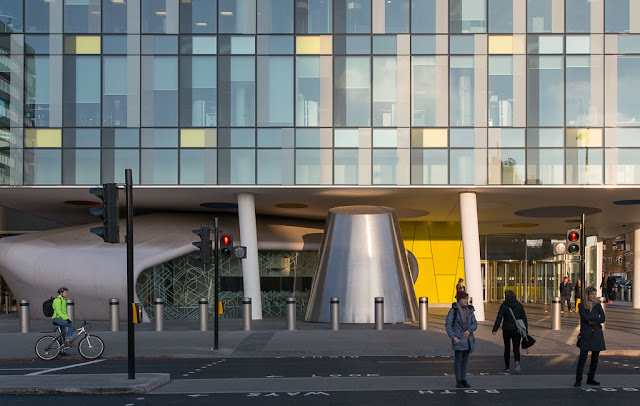 We had a bit of a scare with Olga last night. She came home from her walk very late -- about 6:30 p.m., which is unheard of. (She's normally home by 3.) Her walker blamed the delay on bad traffic and an accident, but in retrospect it seems unlikely that would take three and a half extra hours. Unless the accident was theirs. So who knows?

Anyway, the scare wasn't from her lateness -- it was because almost as soon as she got home she began acting strangely. After her typically bounding greeting, she got up on the couch and began nodding like a heroin user. Her head would sink and she would quiver, and the light seemed to hurt her eyes -- she was blinking strangely. She couldn't seem to fall asleep at first, but finally she curled up and we put a blanket over her, and she did sleep. Dave and I went to bed at about 10, and I had to go get her from the couch when I woke up at 2:30 a.m. and bring her to bed.

She's asleep at the foot of the bed now, as I write this. She seemed a bit more normal this morning, for the brief moment she was awake, but I won't know for sure until I walk her before I leave for work.

I was worried she'd gotten into some poison or hazardous food, knowing her habit of being a canine vacuum cleaner while out and about. But Dave thinks she's just exhausted by the disruption to her routine this weekend -- the visit from Adam and Tim, plus her long walk Sunday. If that's the case, I have never seen her so tired. Is our dog already showing her age?

Speaking of Adam and Tim, they left yesterday around noon for the flight home. Last night I cleaned up the house and today I'm shlepping sheets and towels to the laundry, on my way to work.

(Photo: Funky architecture in Southwark.)
Posted by Steve Reed at 6:42 AM