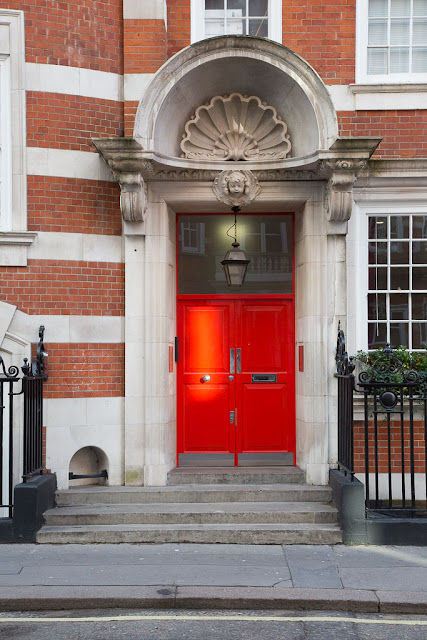 I don't know how much it's making news in the states, but we have our own version of an election controversy here in Britain -- the June referendum on the "Brexit," or whether Britain should leave the European Union.

Being a fairly recent immigrant to Britain I can't pretend to understand all the complexities of the issue. (And, I should point out, I can't vote in the Brexit referendum.) But basically, a segment of the British (and specifically the English) chafe at the bureaucracy of Brussels. They especially chafe at rules affecting border control and immigration, which allow job-seekers from Eastern Europe and elsewhere virtually free access to Britain.

People here complain about Europe dictating, for example, the size and shape of bananas. But from what I can tell, immigration is the main driver of the campaign for Brexit -- a fear that Britain is being swamped by Romanians and Poles and immigrants from beyond Europe who happen to make their way to the continent and then easily navigate its open-border policy.

We even have a Donald Trump-like standard bearer, at least tonsorially speaking, giving voice to the Brexit campaign -- London mayor Boris Johnson.

Our friends and former Notting Hill neighbors Chris and Linda appear in favor of the Brexit. Chris often says of Britain, "We are an island nation." It's a phrase he repeats so often that Dave and I make fun of it. By that, Chris means that Britain has a history of going its own way and giving a two-finger salute to the rest of the continent. (Whether that's true or not is debatable, but Chris uses those very words.)

Indeed, Britain never committed entirely to the European experiment -- it kept the pound, rather than switching to the Euro -- but seceding from Europe would still be plenty complicated. As Roger Cohen pointed out in a pro-Europe column in The New York Times, it could even lead to a breakup of the United Kingdom, because Scotland -- restive already -- supports Europe and could use the split to fuel a new campaign for independence.

As I said, I'm no expert. But I tend to agree, on principle, that staying together is better that going it alone. It seems to me that if there are issues about open borders and immigration and jobs, working within to solve those problems -- even within the calcified structure of Brussels -- would be better than breaking away entirely.

It is interesting, though, that the United States and Britain are both wrestling with similar immigration issues and mentalities during their respective elections -- isn't it?

(Photo: A red door in Marylebone, last month.)
Posted by Steve Reed at 7:04 AM