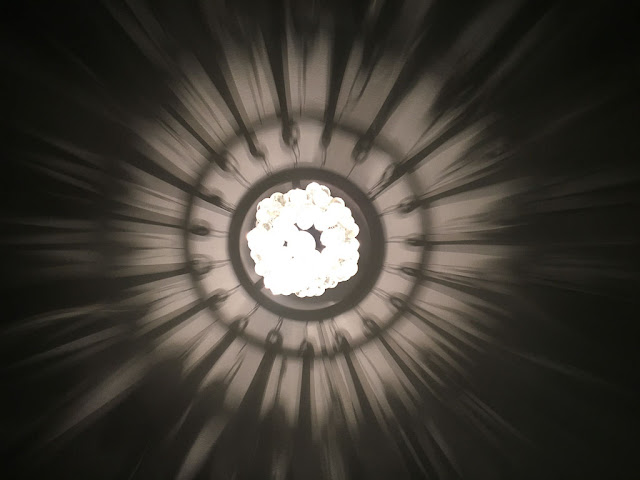 It's Friday morning and I have nothing much to say, so it's time for another assortment of random photos from my wandering!

Above, this was the light fixture in the living room of Clamato Cottage in Bray. I was captivated by the pattern it created on the ceiling. 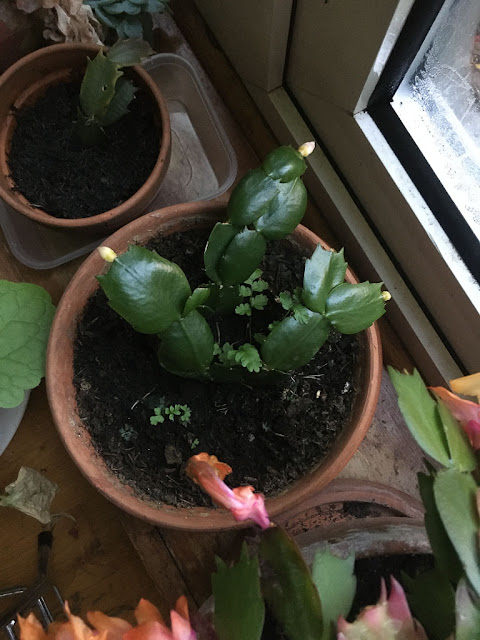 This is my smallest Thanksgiving cactus. I took this picture several weeks ago and was excited about the flower buds, but I'm sad to say it never bloomed. The buds dropped off and that was that. I think the plant (which I grew from a cutting sent by blog reader Frances) is still too small. I moved it to a brighter window in the hopes that it will grow a bit stronger, and hopefully next year I'll see some flowers! 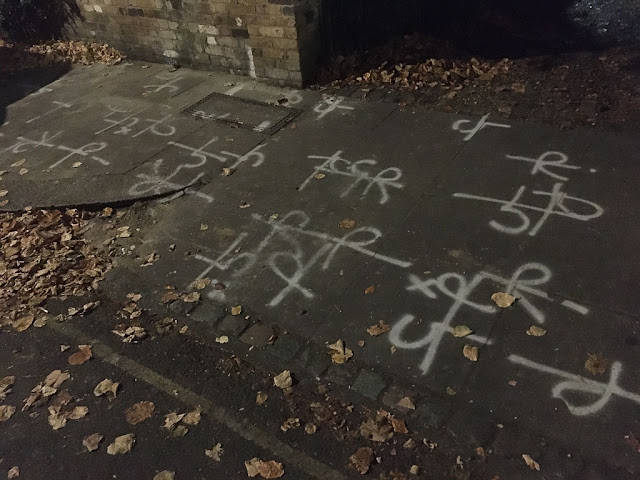 Found this on the sidewalk on my walk home a few nights ago. A secret code? Writing in another language, perhaps Hindi? Or simply an interesting pattern? 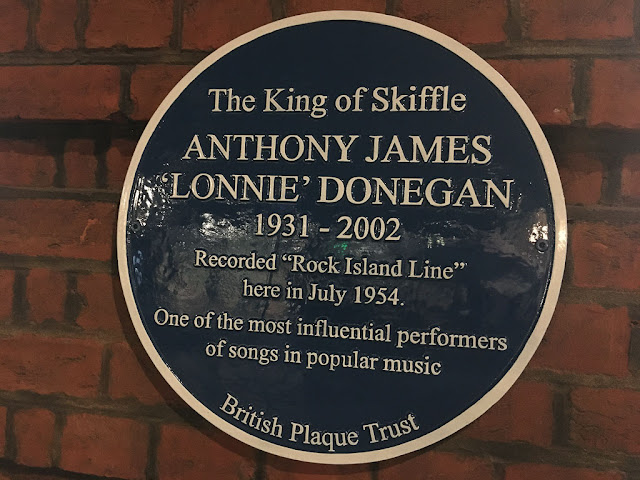 I noticed that there's a new plaque on the outside of the former Decca Records building. As you can read, it recognizes Lonnie Donegan, one of the musicians who made "skiffle" a phenomenon. Skiffle, in turn, gave rise to rock n' roll and helped inspire the Beatles and other musicians of their generation. Donegan's song "Rock Island Line" is here -- he doesn't really get into it until about the two-minute mark, I think because he was trying to catch his breath!

I called this plaque "new," but apparently it's only new to me -- it went up in July 2019 and I just didn't notice it before now. 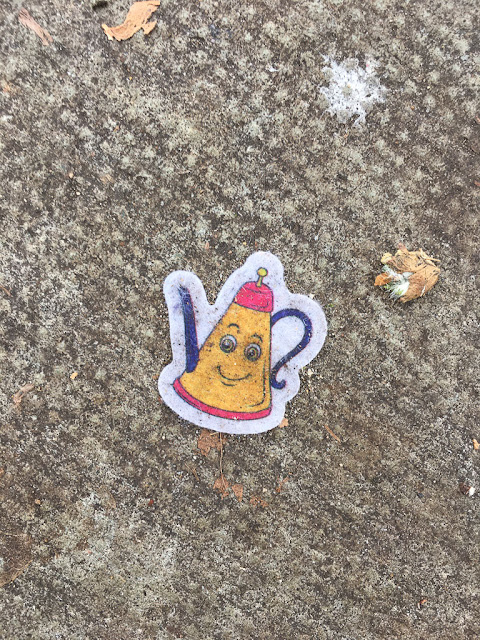 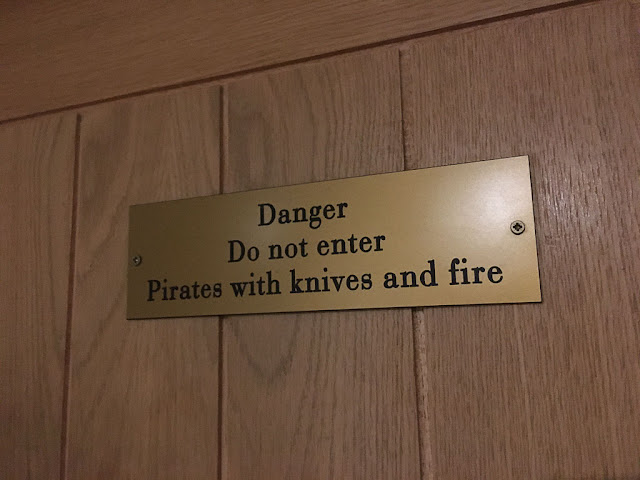 This sign was on the kitchen door at Tom Kerridge's Hand and Flowers pub in Marlow, where we went last week. We got a kick out of it. 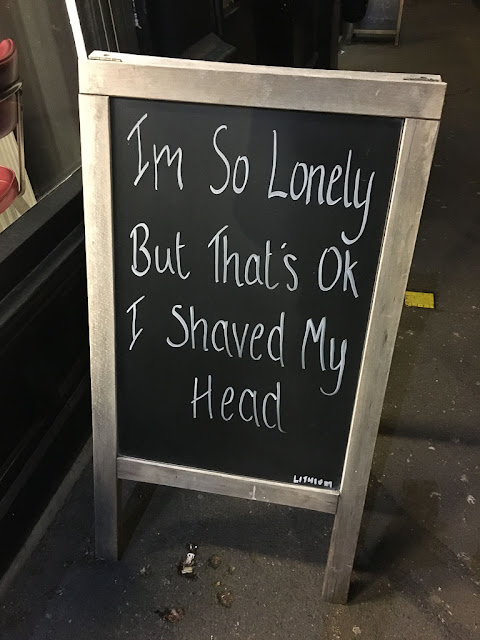 And finally, I came across this curious sign outside a barber shop on my walk home last night. As a head-shaver myself I pondered its meaning. Now that I've shaved my head I won't be lonely anymore? Or, I've given up meeting people so I shaved my head?