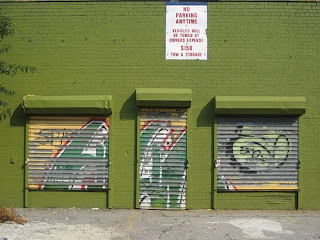 Yesterday I mentioned the decline of manners in our modern age. I tossed it out sort of casually, but I’ve been thinking more about it -- what’s made us become so rude to each other, so abrupt and even derisive of the notion of being polite?

I think a lot of it comes from sheer numbers. In an age when there were fewer people, as there were a hundred or more years ago, or when we were more settled, manners mattered. We had to create stable societies and the individuals involved stood out more. Manners helped us form lasting relationships with people we’d spend large amounts of our lives with -- neighbors, colleagues, family members.

Nowadays, we’re all so mobile, and there are so darn many of us. Individual relationships matter less, or seem to. We often pick up and move every few years, and we change jobs with more frequency. Why inconvenience ourselves to put other people first, when those people will vanish from our lives in a few short years -- or even a few minutes?

Decades ago, New Yorkers had a national reputation for being rude, and I think that’s because they were at the vanguard of overpopulation. They displayed the abruptness that would later affect our whole society. (I personally don’t think New Yorkers are more rude than anyone else, these days, though some people still think of us that way.)

How can we encourage each other to really see the person in the next car, on the escalator or approaching on the sidewalk? To see them as an individual, and not some nameless jerk amid a horde of jerks?