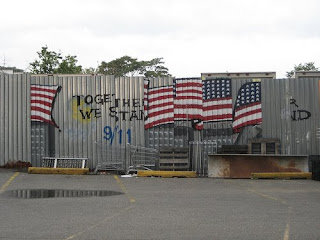 Yesterday I was interviewed on video by MorePeaceCorps.org, an organization devoted to increasing the number of Peace Corps volunteers worldwide. They put out a call for former volunteers who wanted to participate, and I spoke up. So a woman came to my office yesterday, put me on camera and asked about my Peace Corps experiences.

You may remember that I was in Morocco from 1992-94. So among other things, I told the interviewer that in this world, where religion is a subtext to so much hostility, it’s great to be able to draw on my direct experiences with Islam and Muslims. I know firsthand that they’re terrific, generous people, and I know something about their culture, and through me, they learned something about mine. Those are the kinds of benefits that Peace Corps brings -- the value of that personal interaction.

Anyway, we’ll see where this goes. It was a fun diversion from my workday!