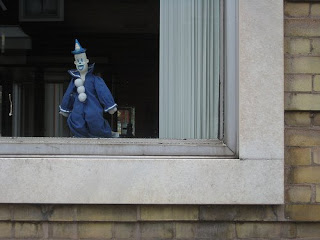 Has anything more useless than a plaque ever been invented?

I was cleaning out a box of stuff this week, prompted by a desire to send some of my old children’s books to my niece. That plan proved impractical, because on closer examination the books were falling apart and were hideously dated. I wound up keeping two and recycling the rest.

Meanwhile, I came upon a roughly 9-by-12-inch plaque that I received in 1988 as graduating editor of my college paper. Truth be told, I sort of ordered this plaque for myself! I ordered them for all my section editors, and figured I should get one too -- so the head of student publications “presented” it to me and I handed out the others.

This plaque has lived in a box nearly the entire time I’ve owned it. Even when I had space to hang it, I didn’t -- and was I really going to put up a plaque commemorating my college newspaper career? Now, after 20 years in journalism, that just seems a little desperate.

I was reminded of an essay by E.B. White, probably my favorite writer of all time. In “Good-bye to 48th Street,” about moving from his longtime New York apartment and the purging it involved, he puzzled over the same issue:

“All sorts of special problems arise during the days of disposal. Anyone who is willing to put his mind to it can get rid of a chair, say, but what about a trophy? Trophies are like leeches. The ones made of paper, such as a diploma from a school or a college, can be burned if you have the guts to light the match, but the ones made of bronze not only are indestructible but are almost impossible to throw away, because they usually carry your name, and a man doesn’t like to throw away his good name, or even his bad one.”

My plaque did indeed bear my name, quite prominently. In White’s case, he unscrewed his name from the plaque and tossed the plaque itself. But I couldn’t do the same, so I tossed the whole thing, good name and all.