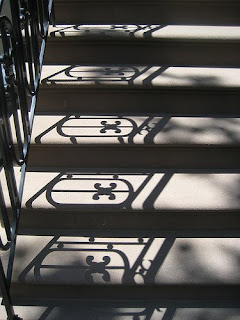 For once, I'm on the bandwagon for Theme Thursday, thanks to a well-timed reminder from Kim. Today's theme is steps, and since I often photograph steps while wandering around the city, I happened to have a few such pictures lying around. 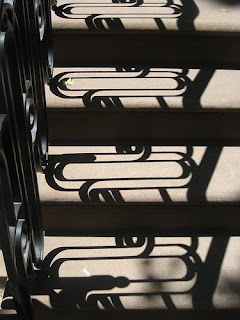 I'm sure they did, too! Unsurprisingly, many of the actors seemed extremely stoned. Ah, the '60s.