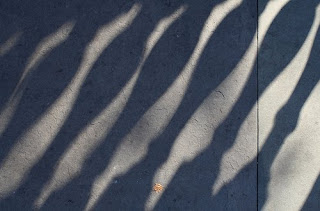 Our Thanksgiving dinner turned out to be a haphazard affair, though ultimately delicious and satisfying. I managed to buy the wrong essential ingredient, destroy a blender AND make a pie! Whew -- no one can accuse ME of being lazy!

1. We cracked our first bottle of wine at 2 p.m. It's nearly impossible to correctly time a dinner when you're buzzed, but it sure made the rest of the day fun.

2. When we first turned on the oven, we were nearly smoked out by some residue left over from making pot pies the night before. We had the bright idea to set the oven to its self-cleaning cycle, which then prevented us from opening it for the next hour or two. Thus, we were considerably delayed in getting the turkey launched.

3. I bought something labeled "sweet potatoes" at the store, but whatever they were, they were not the sweet potatoes I'd imagined. For starters, they were white instead of orange, which we didn't realize until we'd started cutting.

4. We tried to make the sweet potatoes the way my mom does, whipping them and then baking them with marshmallows on top. But when I tried to puree the roasted potatoes in a blender with brown sugar and butter, it was like pureeing cement. The blender gave up the ghost with a rubbery smell of protest, and we threw out the sweet potatoes, which tasted something like sweetened plaster.

5. I made the pumpkin pie -- at least the filling -- by mixing canned pumpkin with various other ingredients from a recipe. I had to estimate the spices, because we didn't immediately have measuring spoons at hand, and I overspiced that pie pretty fiercely -- but we agreed we liked it nonetheless. Let's hear it for ginger and nutmeg!

For all that went wrong, though, a lot went right. Dave's brined turkey was delicious and juicy, and his mashed potatoes and my roasted Brussels sprouts worked out well. The cornbread stuffing would have been better had we not bought pre-made cornbread from the supermarket, which turned out to be unreasonably sweet. (Why do people put sugar in everything these days?)

Anyway, we finally ate around 7:30 p.m., which made it a memorable Thanksgiving!