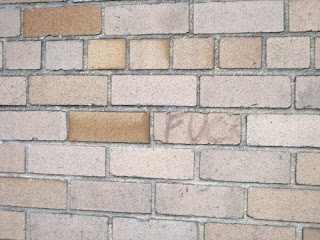 Just to prove the old adage “when it rains, it pours”: I lost my job yesterday.

Can you believe it? Exactly five days after my cat drops dead in my apartment, I LOSE MY JOB.

Those talking heads on television may think the recession is over, but apparently no one has yet informed my employer -- or all the advertisers that funnel money to my employer, and have lately tightened their funnel mercilessly. I got a call about 10 a.m. yesterday telling me that my department is being phased out, and my boss and I both will be working only through the end of the year.

In some ways, this is not a bad thing. I got into journalism because I loved writing. But when I took this job in 2000, I knew I’d be sacrificing the writing in order to move to New York and work primarily as an editor. At the time, the sacrifice seemed worth it.

Now, I’ve lived in Manhattan nearly a decade, and my job has mutated to such an extent that I don’t even do much hands-on editing. I’m primarily an administrator, a planner, an architect of editorial theory. To quote the Talking Heads: "You may ask yourself, 'How did I get here?'"

Losing this job will hopefully give me a chance to move to something more hands-on, more directly fulfilling and interesting.

Also, as I said, I’ll be working through the end of the year, so the loss is not immediate. That’s a plus. And I have a severance package, which extends my income into next year and will give me a cushion while I find something new to do.

The downside? Insecurity. The loss of that regular, steady, reliable paycheck. And also a separation from a company that I love, and coworkers I’ve enjoyed and grown to know since 1988, when I graduated from college and first began working for this particular newspaper firm.

But, oh well. It’s a brave new world. Security is illusory. I now have some time to plan my next steps, consider the various alternatives, and pursue possibilities.

An old coworker of mine used to say, “You got to laugh to keep from cryin’,” and that’s exactly how I feel. I mean, what an insane week!

(Photo: My sentiments exactly.)
Posted by Steve Reed at 10:40 AM