From Fleaball to Cranky Cat 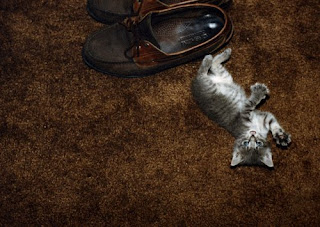 I always find that when a pet dies, it helps to write an obituary of sorts. So let me tell you a little about Armenia.

When I got Armenia in October 1995, she was tiny enough to fit inside my shoe (above), and she was riddled with fleas. She and her three litter-mates were found in a cardboard box by a former colleague of mine at the St. Petersburg Times. The colleague gladly let me take Armenia home.

I was living in Venice, Fla., at the time. I took Armenia to the vet, who sold me a can of flea spray. I treated Armenia several times; she was so tiny the spray made her woozy, but it did kill all the fleas. 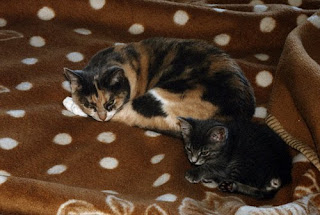 Armenia was always the "second cat" to Howard, who was already seven at the time. I named Armenia to go with Howard, because Howard and Armenia are the two main streets through the Tampa neighborhood where I'd lived just a few years before.

Armenia was part Manx, which is why she didn't have a tail. Sometimes people looked at me accusingly as if I'd amputated it, but I swear, she came that way. 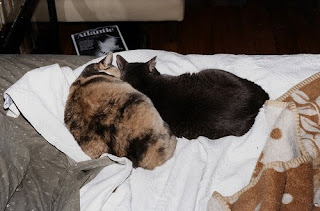 Armenia was always feisty and independent. But she loved Howard, and Howard -- who had a much more generous disposition -- loved her right back. Armenia seemed bereft after Howard died in 2004. 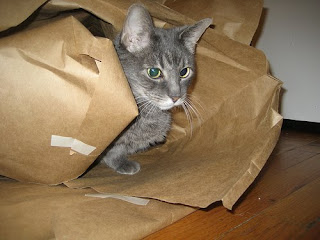 I eventually tried to get another kitten for Armenia to play with, but she would have none of it. She rebelled powerfully against the intruder -- she stopped using the litter box and essentially had a nervous breakdown. I had to give the kitten back to its previous owner, who fortunately had asked me to return it anyway. I didn't try again to find a companion for Armenia. 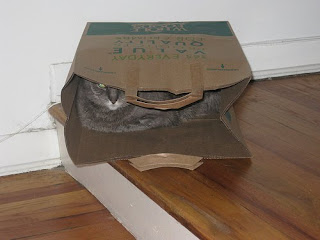 She was playful, in her feisty way. She loved paper and boxes and readily chased paper balls I threw across the floor. 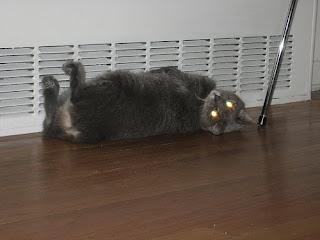 And as I mentioned yesterday, she loved the heater -- her favorite place in my apartment. 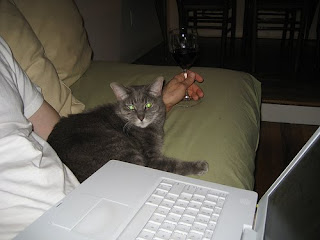 She also loved to be with me, wherever I was. She'd lie on my chest or next to me as I worked on the computer.

I'm doing OK with this loss, surprisingly. When Howard died, I was a basket case, but with Armenia I just don't feel the same devastation. Not to diminish her, but she was always the "second cat," even when she was the only one. It was partly her personality, and partly just her place in the pride. (Any owner of multiple pets who's honest will admit they love their animals in different ways, and maybe even to different degrees.)

My only concern remains that she died by herself -- and died at a time when my own life is changing so dramatically, and I'm staying away from home more. I hope she didn't think I was leaving her behind or deserting her. I hope she didn't die sad.*

*When I told a friend of this fear, she said, "Cats don't die of depression, Steve. They're way too self-involved for that."
Posted by Steve Reed at 12:12 PM