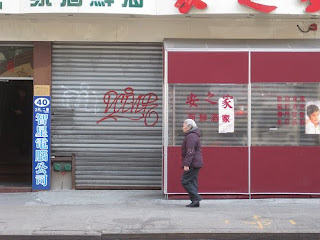 My TV-watching is tending to skew very British these days. I'm spending a lot of time with BBC America -- watching hypergay talk-show hosts (well, just one), the near-extinction of humanity and energetic women with elaborate gloves cleaning filthy houses. Ah, those crazy English.

Soon after I adopted Dave's television, I started watching "How Clean Is Your House?" In case you haven't seen it, it's a show in which two women descend on some of the filthiest homes in the British Isles and clean them up. Kind of an Anglo version of "Hoarders," but more superficial, steering clear of the psychology behind the filthiness. It's a fun half-hour, and I think I've seen just about all the episodes that BBC America makes available.

Dave introduced me to "The Graham Norton Show," which is HILARIOUS. Graham (hypergay) is a terrific interviewer and he cooks up activities for his guests and audience members that are laugh-out-loud funny. We then expanded to watching Jonathan Ross as well -- also very funny. (Why did both of these shows adopt the same super-pink, lava-lamp decor?) Dave and I like these shows better than their American counterparts (Jay Leno, for example), but we're not sure why.

We've latched onto "Ramsay's Kitchen Nightmares," in which foul-mouthed chef Gordon Ramsay tries to rehabilitate the sagging fortunes of restaurants throughout the British isles. He revamps menus, redecorates dining rooms and whips staff members into shape. It's an interesting show, though I find Ramsay irrational and downright offensive at times. He treats people terribly. I think he's the kitchen nightmare, but if the show is to be believed, he successfully turns around some dying establishments.

Enticed by the promos, I watched at least one Dr. Who movie ("The Waters of Mars"), which was interesting because I'd never seen Dr. Who before. And now I'm watching "Survivors," in which nearly everyone in Britain has been killed by a virus, leaving just a few stragglers to fend for themselves. Good so far!

I guess all this isn't surprising, considering how much I love Monty Python and "Keeping Up Appearances."