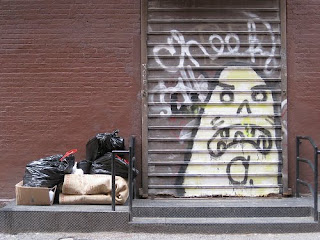 Looks like we'll be stuck inside today. The snow is still falling, falling, falling. Last night I thought we might escape, because we'd only had lots of wet slush and not much accumulation. But that slush did indeed turn to falling snow during the night, and I had to push it all out of the way to get out the door this morning with the dogs. Fortunately, Dave and I went to the grocery store yesterday and we are almost absurdly over-provisioned.

One thing we won't be doing is watching any of the Olympics. Is anyone watching? Have any of you been talking about the games or hearing buzz from coworkers, friends or neighbors? Dave says none of his teacher friends have mentioned them, and I know only a few people who are paying attention.

I may be wrong, but I think the media gets more excited about the Olympics than the vast majority of America. Yesterday I saw that the Today show sent its whole crew to Vancouver -- even Gene Shalit, for God's sake. What an expense! And do viewers really care that much about curling and luge-ing?

I'm numb to the summer Olympics, too, but the winter games are especially mystifying to me, since I have no cultural connection to any of the sports being played. I grew up in Florida. Skating, hockey, skiing -- I did none of these things. (Well, I've been on water skis, but not snow skis.)

I'm not as glum about the Olympics as Christopher Hitchens, who wrote recently in Newsweek that they fuel an unhealthy competitive nationalism. I don't think they're exactly harmful. But I think they're somewhat outmoded. Nowadays the people of the world interact globally on a daily basis -- the novelty and necessity of coming together for sporting events just isn't the same.

What do you think?

(Photo: Cheekz street art in Tribeca. This piece has been hanging around for years. I'm not quite that grumpy about the Olympics, but maybe about the snow.)
Posted by Steve Reed at 12:41 PM