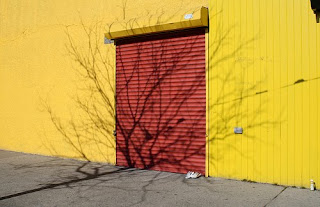 (I used to pick blackberries in the wild while growing up in Florida, and my babysitter often made cobblers from them. It still irks me to spend $3.99 for a carton of blackberries, when to me they should be as free as water or air.)

On Saturday we watched DVDs of "Marnie," one of Hitchcock's lesser efforts from the '60s, and "Beyond the Valley of the Dolls," known mostly for being Roger Ebert's one screenwriting venture. "Beyond" was a spectacularly, phantasmagorically bad picture, but at the same time a riveting period piece. It had nothing to do with Jacqueline Susann's book or the movie of that book. It was just a drug-fueled psychedelic romp of unknown actors, bared breasts and fake blood spatters. There was even a beheading!

Yesterday we went to see "A Single Man," Tom Ford's movie (adapted from Christopher Isherwood's novel) about a professor coping with the sudden death of his partner of 16 years. It was a good movie in places, with terrific performances by Colin Firth and Julianne Moore -- in fact, Firth is being buzzed about as a potential Oscar nominee. But I thought the film crawled a bit and was too heavy on style, to the detriment of content. You could tell the director is a fashion designer!

Love the film reviews. Also LOVE that picture. Wow. Beautiful. Like mustard and ketchup, with a tree shadow.

I also love it that you watch so many different kinds of movies. And that you eat good food.

I'll bet you don't even missing going to work! With all that good food and entertainment.

Go to Costco. The berries are half that price. Well, I should say you get twice as many.

Well, maybe "irks" is too strong a word, Reya. You're right -- there's a long supply chain between the produce and the final consumer, and I can respect that all those folks need to make a living. It's just conditioning. I feel the same way about citrus -- I picked so much of it for free that paying for it always throws me a bit!

Well, now that we've had the worst freeze in three decades, I wonder how high the prices for the aforementioned will climb...

I had bananas, mangoes, papaya and pineapple from the yard as a kid, so I know what you mean about paying, but Reya's right.

The world has changed...