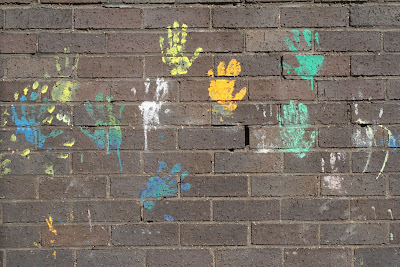 Today begins the one-month countdown until our dogs arrive in England. They're scheduled to be picked up from our friend's house, where they've lived through hurricane flooding and the rumble of a distant earthquake, on Oct. 5. They'll be taken to a final veterinary appointment for an exam and a flea and tick treatment, and they'll board a plane on Oct. 6. They're due to arrive on our doorstep the following day.

Both Dave and I are eager to have them here. We knew it would be a long time until we saw them again, but I don't think either of us realized how long three months can seem.

There's also a simmering sense of anger, at least on my part, that we have to go through all this rigmarole in the first place. I understand the need to keep the U.K. free of rabies, but let's be real -- our dogs carry about as much rabies risk as I do myself. The more I've learned about the reasons for the six-month delay, the more specious it seems. Apparently six months is the outer limit of how long it can take for a rabies case to incubate. So, in theory, if they were exposed to rabies the day before their late-March shot (the shot they didn't really need since their vaccines were already current) it would not take longer than six months to appear.

Give me a break.

The U.K., it turns out, is changing these rules next year to bring them in line with the rest of the European Union. After January 1, pets coming from countries like the U.S. need only wait 21 days after a new vaccine. It seems an added injustice that we, Ernie and Ruby all had to suffer under this silly six-month rule, when the rule itself is being scrapped in just a few months' time.

Above all, Dave and I just want the dogs to survive until we can get them here. We just want to see them again and spend more time with them before their age and maladies make that impossible.