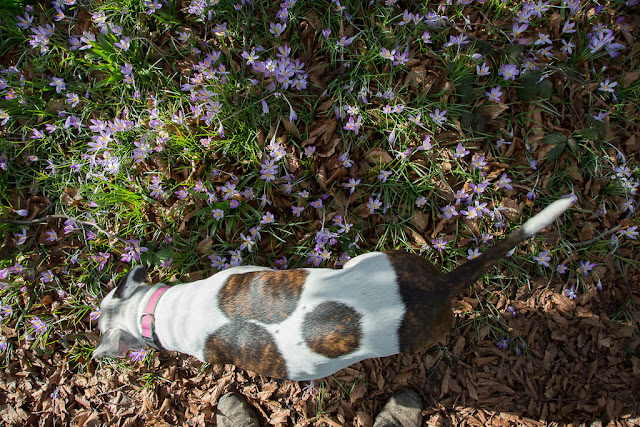 Olga and I took a long walk to Hampstead Heath yesterday, where we were pleased to find crocuses coming up. (The ones in the picture were actually in a nearby cemetery, but trust me, there were plenty of them on the Heath.) Spring has sprung!

As usual, my canine charge was thrilled to get out of the house. 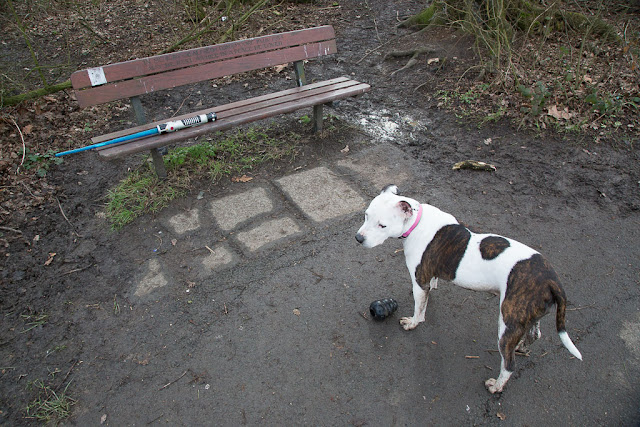 We even found a light saber, left behind by a careless Jedi. The force was with us! 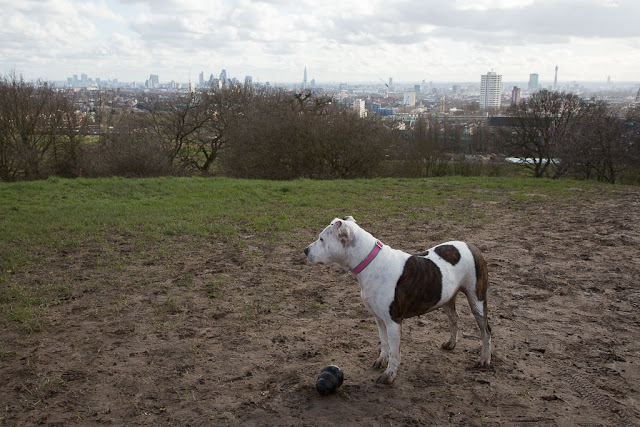 The weather allowed us a good view from the top of Parliament Hill. You can see how muddy the Heath is at the moment. I'll be glad when the grass begins to grow back after its winter dormancy!

Several days ago Dave and I were watching the prison drama "Orange is the New Black" and Piper, the lead character, was talking about getting a tattoo. Something small, she said, maybe an infinity symbol -- for which she was chastised by a fellow inmate for succumbing to cliche. And I was like, "Wait a minute!"

Because that is my tattoo. I have a small infinity symbol, about the size of a dime, on my right foot, given to me by hand by a friend in the Peace Corps. (You could say it's my own version of a prison tattoo.)

How is it possible that a tattoo I've had for 23 years is now regarded as a cliche?! Here I thought I was being quite the rebel. I'm going to maintain that at the time I got it, I was breaking new ground, and the world has simply imitated me. That's my story and I'm sticking to it!

Also, I got my overseas ballot for voting in the Florida Democratic primary. It has exactly one race on it. I'll mail it off on Monday, and you know who I'll be voting for!
Posted by Steve Reed at 6:56 AM