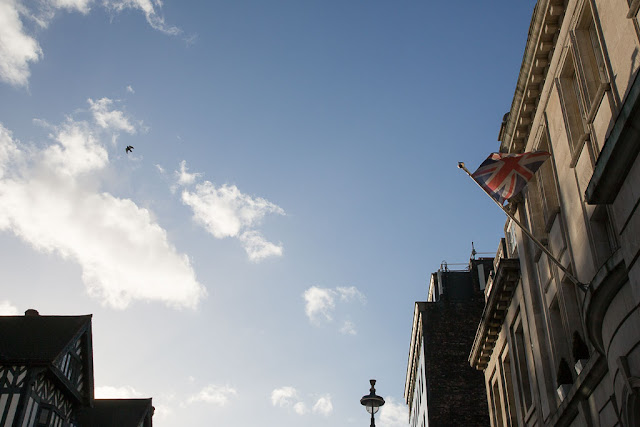 Dave bought some pillar candles a couple of weeks ago, in an attempt to make the flat appear more cozy and atmospheric. He grouped three of them together on top of the TV receiver, and lit them. They did look great, but soon a puddle of wax had formed around their bases and we discovered that, sitting on top of the perpetually warm receiver box, that wax never quite hardened.

So we moved the candles to an end table, and set them on a piece of cardboard to catch the wax. The other night, we burned them again. The cardboard, we discovered the hard way, is insufficient -- we found stalactites and stalagmites of wax growing downward from the table edge and up from the wood floor beneath.

I spent part of this morning cleaning up hardened melted wax.

I suppose we need some kind of dish to catch the runoff, but we don't seem to have anything lying around. Is it not ridiculously stupid that I should read Marie Kondo and try to purge our flat of excess crap, and then have to go off to the charity shop to buy a flat dish with a rim to hold our candles?

Speaking of purging, I've also long intended to get rid of Dave's old computer, which no longer works  -- the monitor flickers off for no reason, usually while he's in the middle of trying to do something. He hasn't used this machine in a couple of years -- never even turned it on, as far as I know -- so I researched how to recycle it and the other day, I asked him to make sure there's nothing on it he wants. He got a bit prickly and said, "Why can't we just keep it?"

Apparently I've hit my Marie Kondo limit with Dave. I'm putting the computer back in his wardrobe.

I still have some boxes and cabinets to go through, but I can do those on my own!

(Photo: Skies over Soho, about two weeks ago.)
Posted by Steve Reed at 6:34 AM