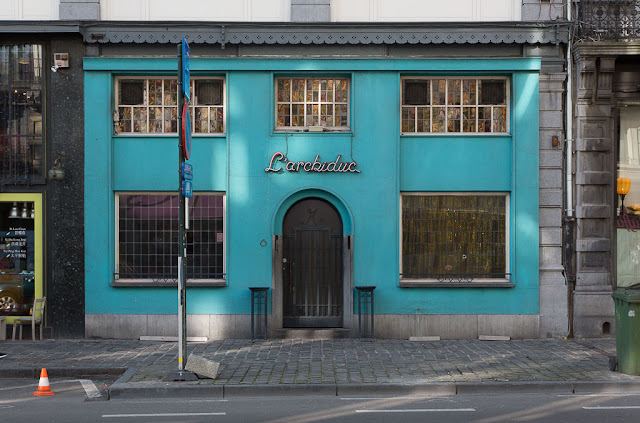 On the culture front, I'm reading an autobiography by Sally Mann, a photographer who achieved fame (or infamy) in the early 1990s for her photos of her children. Some of them were nudes, and apparently she found herself part of a (ridiculous) storm of controversy surrounding national arts funding. I didn't immediately recognize her name when we first got the book, "Hold Still," in the library, but I do remember the issue. She's a bit annoying at first, coming from obvious privilege -- she grew up in Virginia horse country and keeps calling her father a "country doctor," which sounds very modest, but she had enough pull to get special consideration for admission to boarding school in Vermont and she was family friends with artist Cy Twombly. (It's who you know, right?) This is not to say she doesn't work hard on her photography, though, and I've enjoyed her writing about the creative process.

Also, Dave and I have started watching the TV show "Happy Valley," which at least one commenter recommended, and we love it. A bit rough-and-tumble like all police dramas, maybe a shade more realistic, with well-crafted characters. It reminds me of "Southland," but set in Yorkshire. It's a terrible title, though. Ignore the title and watch the show. 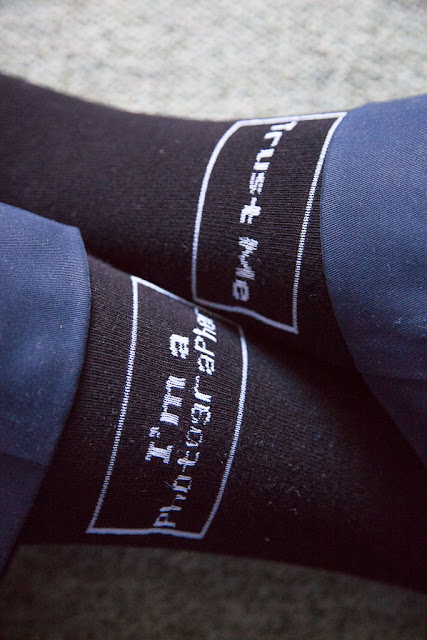 These are the socks Dave got me for Christmas. I should have been wearing them in Brussels -- then when I got attacked I could have simply hoisted my pant leg and said, "But look!"

(Top photo: Another favorite shot from Brussels, last week.)
Posted by Steve Reed at 6:47 AM

I recall taking photographs of our kids in the days when you had to take you film in for processing and feeling vaguely uncomfortable when collecting those that included bathtime shots and the like. I definitely wouldn't do such a thing these days.

On the tv front, I hope you are watching The Night Manager as well.

Happy Valley, eh? We'll give it a shot.
That book has gotten some mixed reviews here in our blog community. Some loved it, some did not.

Oh my gosh...love those socks!

Hahaha! I inadvertently got my husband a thrift shop t-shirt that said "Trust me, I'm a doctor" and it took me months to realize what it really meant ... and my husband NEVER realized it until I explained it at length ... we are a bit naive like that ... yes, I'm sure it would have gone over VERY well with your Brussels attacker :)

I love those socks!

I read Sally Mann's memoir and appreciate her discussion of her process, but overall, I found it grating, and I think it must be because of that privilege that you've described and a seeming lack of awareness about it. I do love her photography, though, and visited the "racy" photos that caused such upheaval in the art world, when they first appeared in a gallery in NYC. They are stunning.

I had no idea Happy Valley was a police drama.