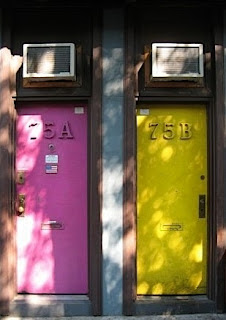 Another summery photo: Leaves on the trees, and strong dappled sun. It's sort of odd to post a summer photo in February, but it's been hanging around a while and I want to use it!

Last night I went to the Zen center to learn about two ancestral teachers: Yaoshan and Yunyan, who lived and taught around 800 A.D. I’m not well versed on the Buddhist lineage, but I like the chance to get some sense of those who went before us.

Western philosophy has never done much for me. I’ve never been into Kierkegaard or Hegel or Kant or Nietzsche. Several years ago I tried to read “Sophie’s World,” the popular novel that introduced Western philosophers and their ideas amid a rather contrived plot. I thought it was the most boring book ever. I never quit books, but I quit that one.

Part of the problem, I think, is that I’m not a “big question” kind of person. I don’t wonder about the Meaning of Life, or Why Are We Here, or What’s It All About, Alfie. I have a much more practical approach, best summarized as: “OK. We’re here.”

I realize I'm over-simplifying Western philosophy, and also setting up a false duality by saying the Buddhist masters are more appealing. I'm sure there are shared elements of Eastern and Western thought. But I like the Buddhists' cryptic teachings - often just a few words, or a gesture - and their concise encounters with students that inevitably lead to some hapless monk’s illumination. Most of all, I like their emphasis on, essentially, my philosophy: “We’re here.”

Last night, I enjoyed one story featuring Yunyan. When a student asked how he could best convey Yunyan’s "reality" after the old teacher had died, Yunyan paused. After some silence, he replied, “Just this is it.”