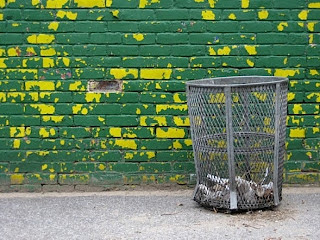 Washington Square Village is a housing complex operated by New York University. Despite the quaint "village" name, it's really a couple of large apartment buildings surrounded by a garden and some playgrounds. These brick walls separate parts of the garden and play areas along Mercer Street. 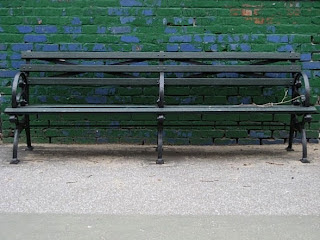 The walls were originally built using colorful glazed brick that apparently deteriorated over time. At some point, someone decided to remedy the problem by covering up all the shiny, colorful brick with institutional green paint. (This is called "making things worse.") 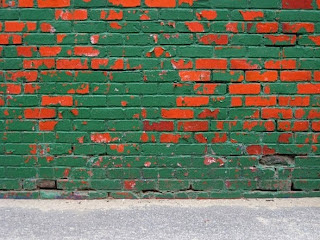 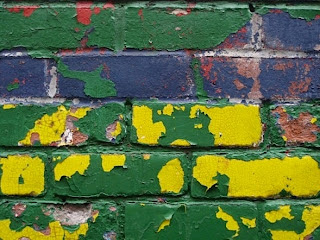 Fortunately, though, the paint isn't doing its job very well. The colorful bricks are re-emerging.
Posted by Steve Reed at 10:36 AM