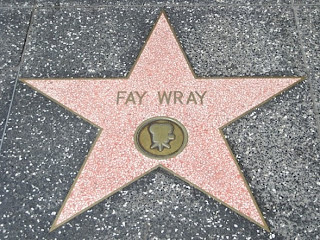 I went running early on Sunday morning, before the L.A. roadways had a chance to choke up with their customary traffic, and it was great to get out and do some sightseeing while getting some exercise. I ran from West Hollywood to the old Capitol Records Building, that landmark round tower near Hollywood and Vine, in the seedy heart of Hollywood itself.

Part of my trek took me up Hollywood Boulevard, the site of the Stars Walk of Fame, or whatever it's called. As I ran I tried to keep an eye on the stars and see who was honored there. A lot of them are totally predictable, like Fay and Jack here, as well as everyone from Lana Turner to Robert Cummings. Lots of old Hollywood. 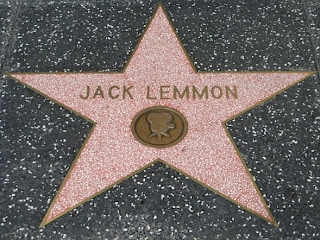 But here and there are a few surprises. Lindsay Wagner was great as "The Bionic Woman," but I didn't really expect her to have a star. And Terry Bradshaw? Mary Hart?

I'm told that getting a star is not as simple as being chosen. Apparently there's also a fee, maybe for installation costs. I'm guessing if you're famous enough you can get a star without putting down any dough, but that's pure conjecture on my part.

And in case any of you doubt the Christian fundamentalists who say Hollywood is evil, look who else has a star: 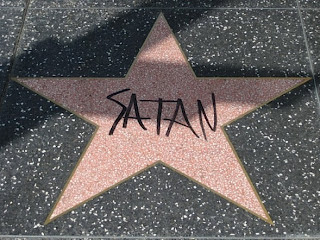 Now I'm back in New York, having taken the red-eye. I'm picking up my cat from the vet and then it's off to a day of work, which I hope I'll be able to manage without being too spacey with fatigue! (By the way, I've added some photos to my two previous California posts...enjoy!)
Posted by Steve Reed at 12:54 PM