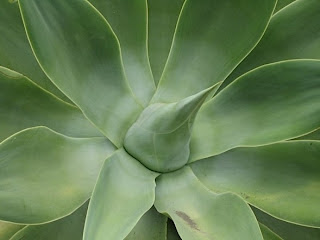 On my flight out to California last week, I finished a book called “Simple Gifts: Lessons in Living from a Shaker Village,” by June Sprigg. It was about a summer Sprigg spent as a teenager living among a group of elderly Shaker women in New England in 1972.

By that time, nearly all the Shakers had died out. They believed in celibacy and relied on conversions to replenish their ranks, and while that worked well in 1820, it had doomed the order to extinction by the 1970s. Still, the women who mentored Sprigg were gently wise and focused on daily tasks of devotion, cooking and sewing and maintaining a small museum and gift shop at their once-thriving Shaker settlement. Sprigg wove into the book the quiet atmosphere of the village, from the exquisitely simple furniture to the beauty in its 100-plus-year-old sugar maples and solid, wood-framed, hand-built structures. 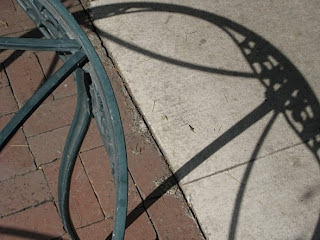 Then, on Saturday, I went with my friend Jerry to see “Into Great Silence,” a movie that beautifully depicts the lives of monks in a Carthusian monastery in France. Because they live in silence, the three-hour movie has virtually no dialogue. Everything is conveyed in footage of the monks living their daily existence, repairing a shoe or eating or praying at the altar in their austere living quarters. In between, there’s footage of the landscape of the French alps, changing with the seasons, from snow to grass and back to snow again.

The book and movie together made me think about commonality in religions. Many different religious paths encourage humility, advocate a non-material or even anti-material life, and thrive on the cues of the seasons and the ever-changing natural world. Zen is certainly similar, placing nearly all its value in silent practice.

I thought about this common ground, about the things we yearn for as humans, regardless of the structure of our beliefs. I suppose the underlying message is to not get caught up in ourselves and our everyday human problems. Think of others. Remember what's bigger than we are. Remember to notice life, to enjoy it. 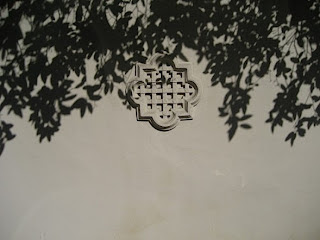 After the movie, Jerry wondered why anyone would want to become a monk. Obviously, I'm not one, so I can't entirely explain it. But I understand the need to step back, simplify, pay careful attention and tune out the distractions - money, ambition, acquisition, sex.

I can see how a Shaker woman might find joy in sewing a handmade pincushion, or how a monk's careful penmanship is an expression of faith. I understand the need to connect with nature, whether the alpine forests of France or the sugar maples of Maine. And I think it's so interesting that such diverse traditions ultimately have the same lessons at their core.
Posted by Steve Reed at 12:18 PM